The UK Is Selling Off Its Mail System

The government has filed an "intention to float" which sounds pretty pleasant, like "we're taking Fido to live on a farm." 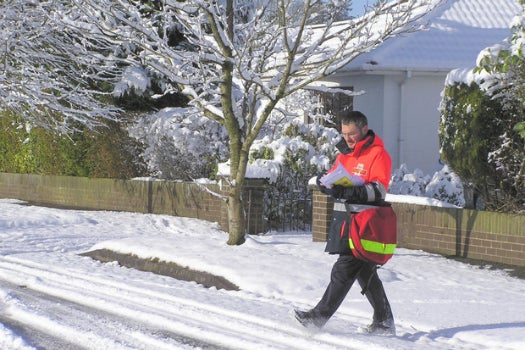 The British government is dumping the mail. The Royal Mail will be privatized sometime within the coming weeks, officials confirmed.

Last week, the UK business secretary filed an “intention to float” at least half of the nearly 500-year-old agency on the stock market. Which means the public will be able to buy stock in the postal service, which is… fun, I guess.

The U.S. is no stranger to the fact that delivering mail in the 21st century is a huge money suck, but so far no one’s succeeded in selling it off–though it’s been suggested, with calls for both partial and total privatization. But the United States Postal Service struggled to even kill off Saturday mail earlier this year, first announcing that Saturday mail delivery would be discontinued, then delayingthe change because a Congressional law prohibited messing with the schedule.

We’ll see how the situation with the Royal Mail unfolds. The postal worker’s union has said privatization “would be bad for customers, bad for staff and bad for the industry,” while the advocates in the government have said the move will enable the mail service to borrow private money and not compete for public funding.

Perhaps the U.K. should have taken our advice on ways to save the post office.