From MIT, A Tool For Mapping Crucial City Supply Chains 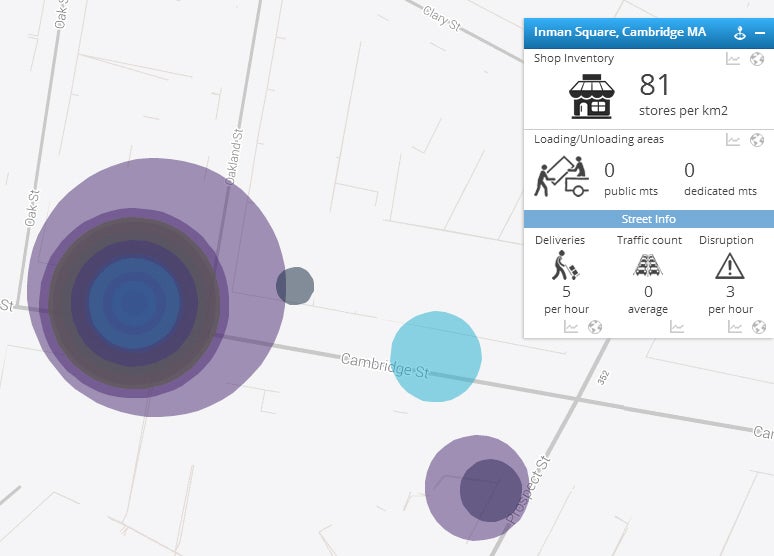 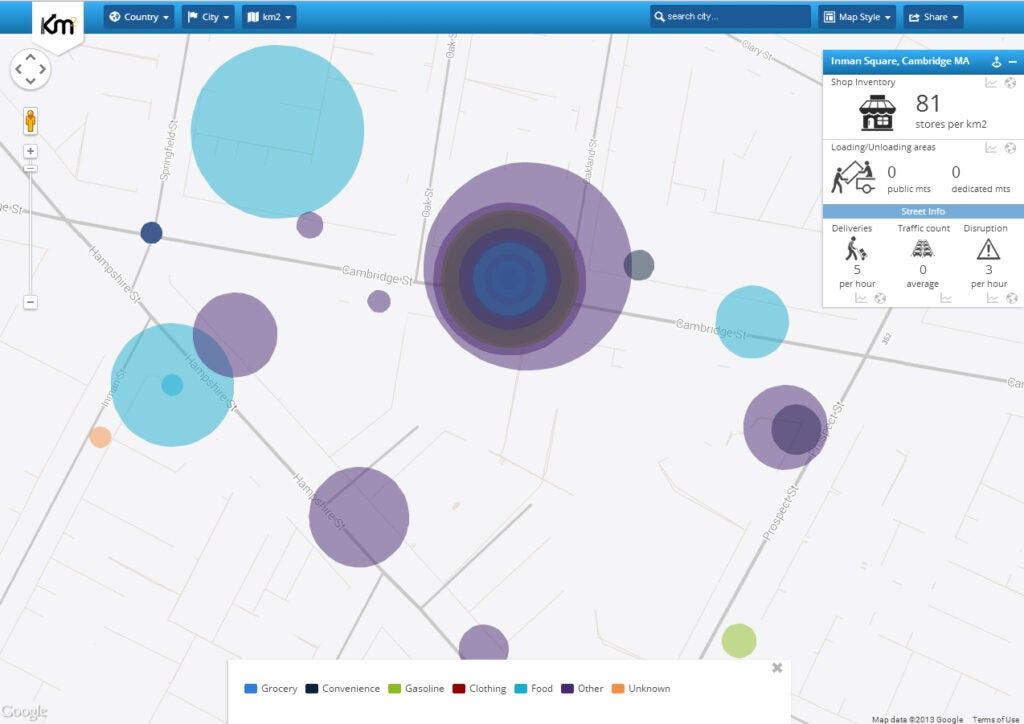 A lot of small stores in a tight area with streets at weird angles. Yup, this is Boston.

Big cities have a problem: they weren’t designed big. Roads that made sense for pedestrians and horses work less well for delivery vans and 18 wheelers. So MIT’s Megacity Logistics Lab has created an open-source web platform that is designed to expose logistical problems in eight major cities. The goal: to give urban planners a tool for designing more efficient cities in the future.

Eleven MIT students partnered with students from local universities in Mexico City, Rio de Janeiro, Beijing, Santiago, Sao Paulo, Kuala Lumpur, Madrid, and Cambridge Massachusetts, to collect data on mundane aspects of daily urban life, such as where stores are located and how often they receive truck deliveries. Then they plotted the data onto interactive maps to show some of the logistical problems–from traffic congestion to inadequate loading areas–associated with pouring supplies into a big city designed with small-city bones.

Take the intersection in Cambridge, Massachusetts, pictured above. The map shows several businesses in the area that rely on the same few roads for deliveries. Flip on the map’s traffic filter, and you’ll see a single freight unloading on Hampshire Street that lasted 18 minutes and delayed seven vehicles, and another on Cambridge that lasted 17 minutes and affected 40 vehicles. Cities are tricky!

So what to do with all that depressing data? While it won’t do anything to straighten Boston’s crooked streets, it could help inform how we plan the cities of tomorrow, says Edgar Blanco, research director at MIT’s Center for Transportation and Logistics. Planners could design streets such that they’re able to accept deliveries without blocking traffic for miles. Or they could decide to ban certain vehicles during busy hours or in crowded parts of a city.