These Magnetic Nanobots Could Carry Drugs Into Your Brain

The robots are coming from INSIDE the blood! 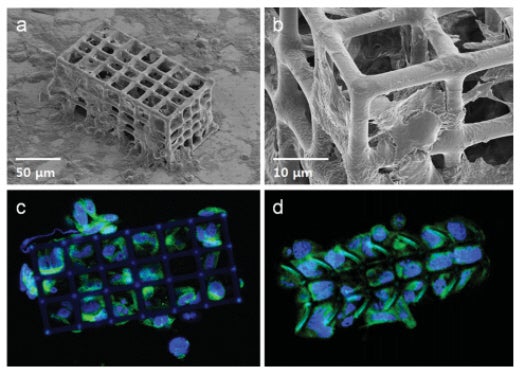 These tiny cages, each 100 microns long and 40 microns wide, may not look like much, but they are the new semi-trucks of targeted medicine delivery. Developed by a team of Chinese researchers, in conjunction with Swiss and South Korean institutes, the nickel-coated microbots are steered wirelessly by electromagnetic fields. Thanks to that external control, these microbots can carry precious cargo to exactly where the body needs it, including to sensitive places like brains or eyes.

Tiny robots swimming through blood for medical purposes are a relatively new phenomena. In 2011, researchers published a paper on miniscule motors that could propel such machines. Other microbots can carry medicine, but their spiral shape and smaller bodies limit how much can carry. Magnetically steered robots inside living animals have also been tested before.

What makes these microbots unique? Size! Zhang Li, a researcher on the project, explains that “a microbot is like a vehicle that ships drugs directly to the affected area. And I want to design a truck, not a car.” Larger robots mean more medicine delivered. Human trials of these robots are likely decades away, but they have been tested in rabbits and mice.