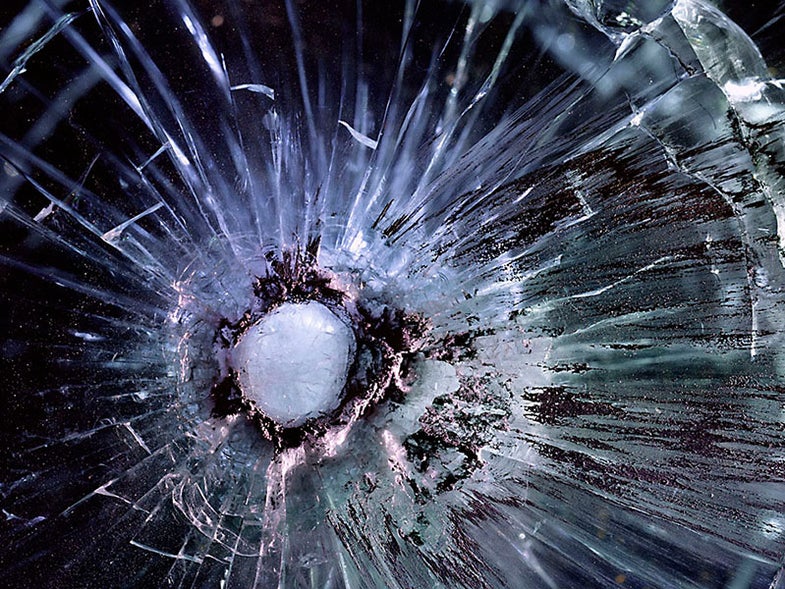 Deborah Bay found galaxies in bulletproof glass. The Houston-based photographer took pictures of bullet-proof Plexiglas from a police officer training school, after officers fired various bullets into it. At a rough glance, they look like stars, galaxies, and nebulae. Appropriately, Bay’s collection is titled “The Big Bang” after the cosmic explosion theorized to be the start of the universe.

“The idea for the project developed after I saw a small display of projectiles that had been fired into bullet-proof Plexiglas (a demonstration of its effectiveness for personal safety),” Bay tells Popular Science. “The metal shards and trajectory lines demonstrated the huge amount of energy released when the bullets were blasted into hard plastic.” The compositions are as beautiful as they are menacing. Gazing upon all those abstract cracks and wandering crevices, you can’t help but think of how horrific they’d look in human flesh.

Bay’s work can be found in the Cosmos exhibition at the New York Hall of Science in Queens, through March 2, 2014. More images from this fantastic series can be found at the photographers’ own site. 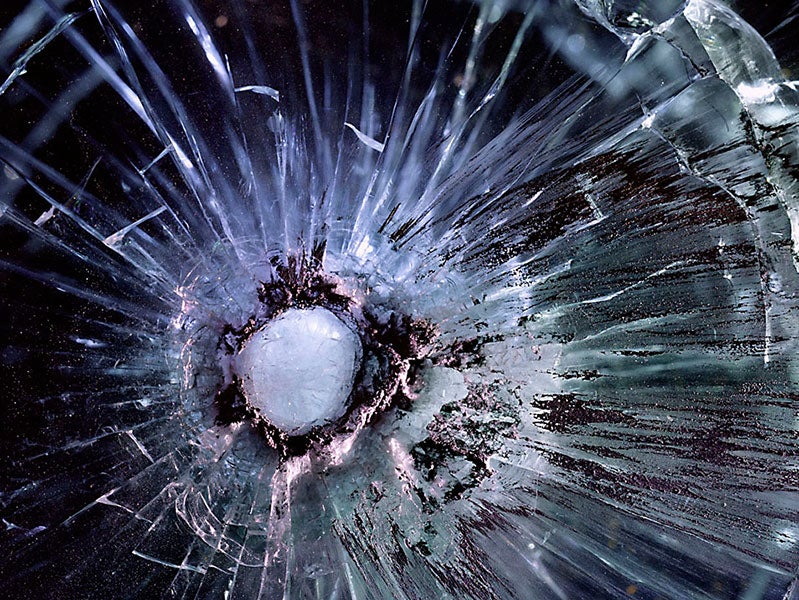 This is the impact of a .44 caliber bullet. Clint Eastwood used a gun that fired .44 bullets in the “Dirty Harry” movies. 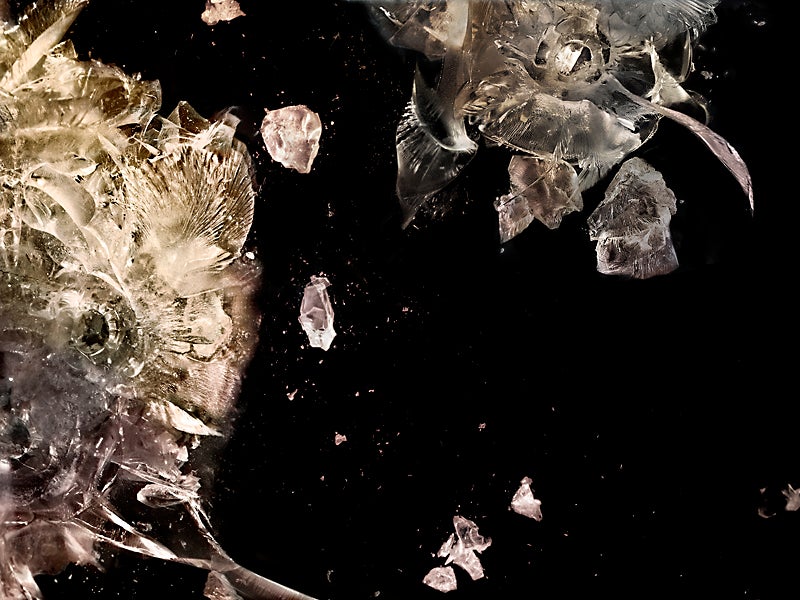 Shotguns typically fire cartridges that release several small pellets upon exiting the barrel. These cartridges spread out, which makes the weapon very effective at hitting a few people with every shot at very close range, but they are ineffective farther away. Here the shot resembles flowers with loose petals between them. 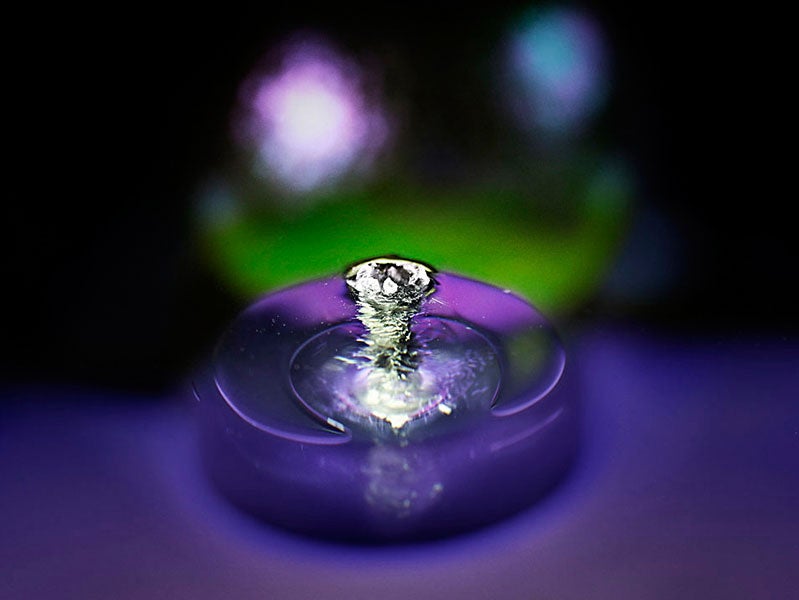 Russia’s iconic AK-47 assault rifles uses 7.62×39 bullets. Here, one of them caused an impact in Plexiglas that looks a bit like a hockey puck made out of ice. “I’m not a gun person at all but was captivated by the visual possibilities of the bullets embedded in the plastic,” Bay says. For the project, she did “however, take a shooting lesson at a local firing range — the first time I’d shot more than a toy cap gun — to gain a better sense of ballistic force.” 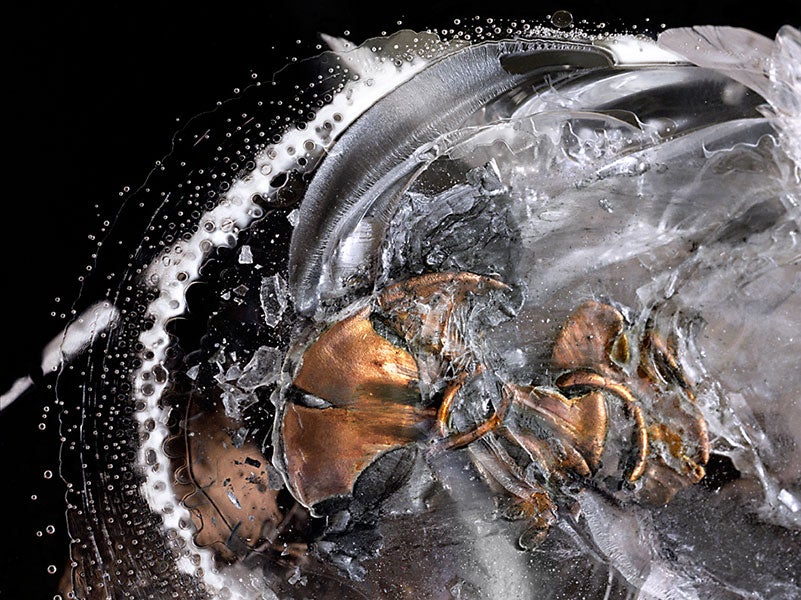 This is a 9mm bullet, fired from a glock pistol. The gun is very popular among police in America. Bay says the galactic theme developed as she started photographing the panels of plexiglas. The series title came to mind almost immediately once I saw the effect of lighting on the fragmented bullets against the the black background. 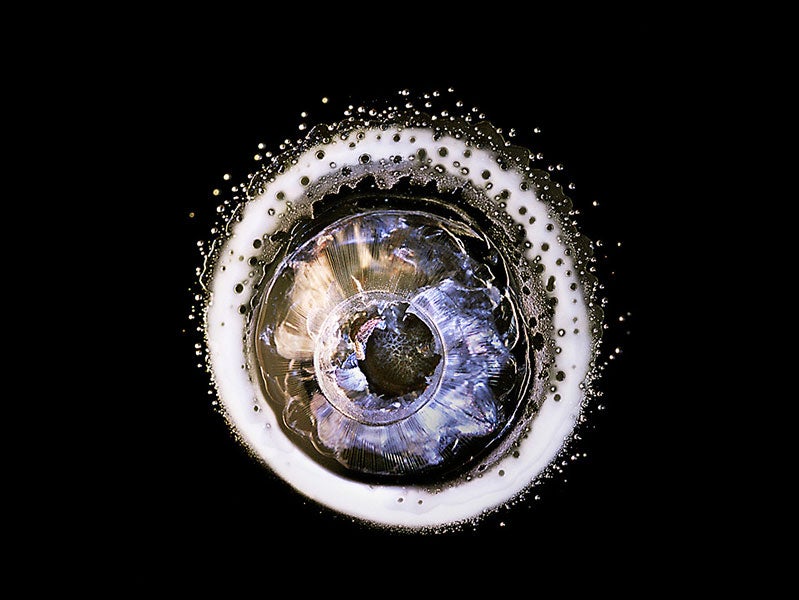 This impact looks like an eyeball and a bubble, or a glass planet cracked open. It comes from a .22 long rifle, a frequent practice gun sometimes used for hunting small animals. The contrast between the beauty and the violence of the shot was deliberate, Bay says: As I was working on the series, I definitely was aiming for the psychological tension created between the alluring jewel-like beauty of the metal fragments and the deadly horror of the bullets. 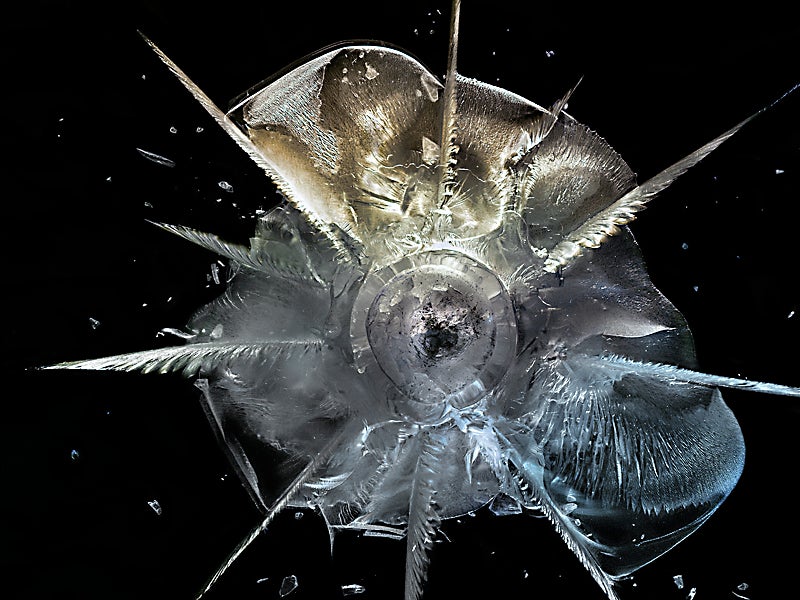 This star-like image shows the impact of a .45 hollowpoint bullet. Hollowpoints are designed to “mushroom” upon impact, which means the bullet head expands when it hits, causing further damage inside its target. “Only the smallest amount of imagination is needed to realize the impact any of these bullets would have on muscle and bone,” Bay says.
Kelsey D. Atherton