The coolest online photos and documents from the demonstration where Martin Luther King, Jr., gave his "I Have a Dream" speech 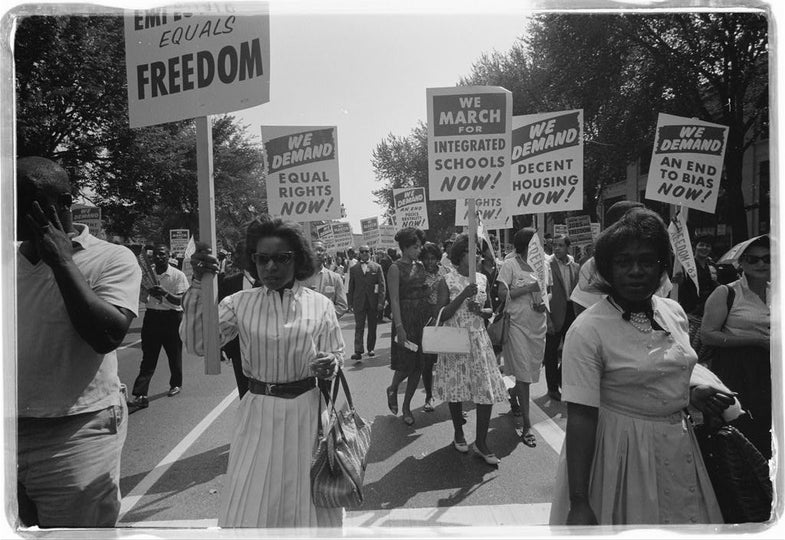 Fifty years ago today, Martin Luther King, Jr., gave his iconic “I Have a Dream” speech on the steps of the Lincoln Memorial in Washington, D.C. Somewhere around the 30th anniversary of the speech, my parents bought me Microsoft’s Encyclopedia Encarta on CD-ROM. There, I listened to an audio file of the speech for the first time. I had just learned about the U.S. Civil Rights Movement in elementary school. I sat frozen with wonder in front of my family’s 1990s PC, feeling the urgency in King’s voice just as Americans did only a generation ago. It was the first time I felt so close to history.

Now, changing times and technology have made such primary sources even more accessible. While we hope you consider visiting your local community centers, museums and libraries to learn about the 1963 March on Washington for Jobs and Freedom, there are some very cool things you can now see without ever leaving your house.

For an overview of the entire march, the U.S. National Archives has made a slideshow of historical photos of the march, many of them overlaid on Google Street View screenshots of the same locations today. 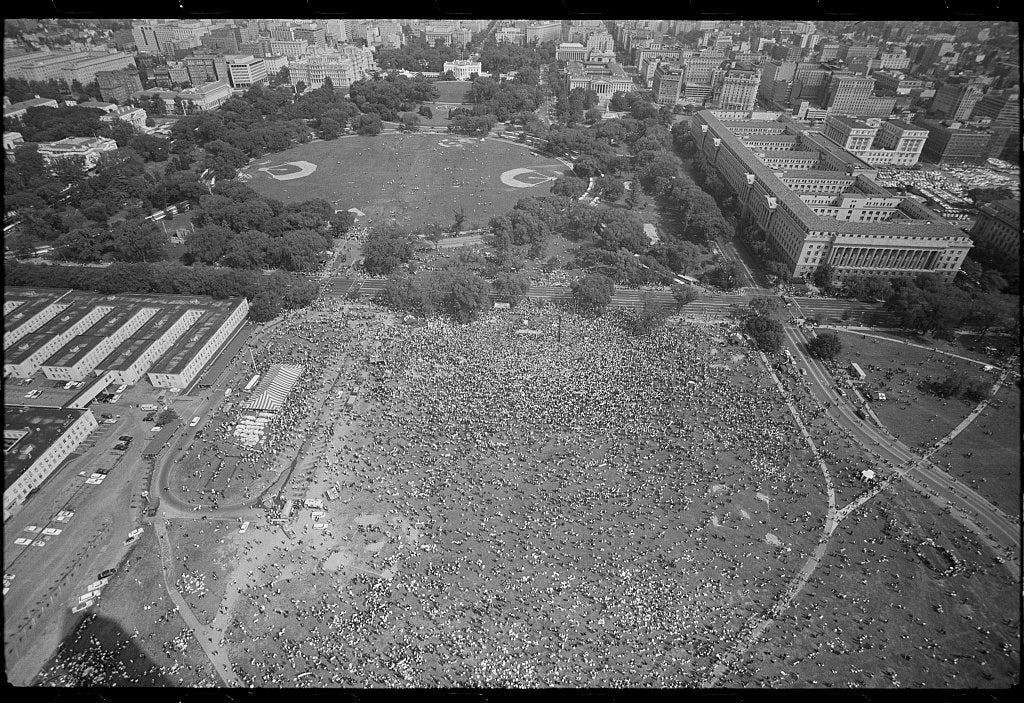 Aerial View of the 1963 March on Washington

Staff members at the Library of Congress recently digitized more than 30 contact sheets taken by U.S. News & World Report photojournalists throughout the march. Contact sheets show the entire series of photos a photographer took, so the new digital files include many previously unpublished pictures. And, as the Library of Congress’ Prints & Photos blog points out, it’s interesting to see the shots that came immediately before and after iconic images, such as the photo the U.S. News & World Report chose for its cover story on the march.

The Library of Congress also has individual, full-size March on Washington photos from the U.S. News & World Report. The newspaper has made all such photos taken by staff photographers free to use, so go ahead and reproduce these if you like them.

Hope that gets you started. For pointers to more digital archives, check out this blog post from the Library of Congress. 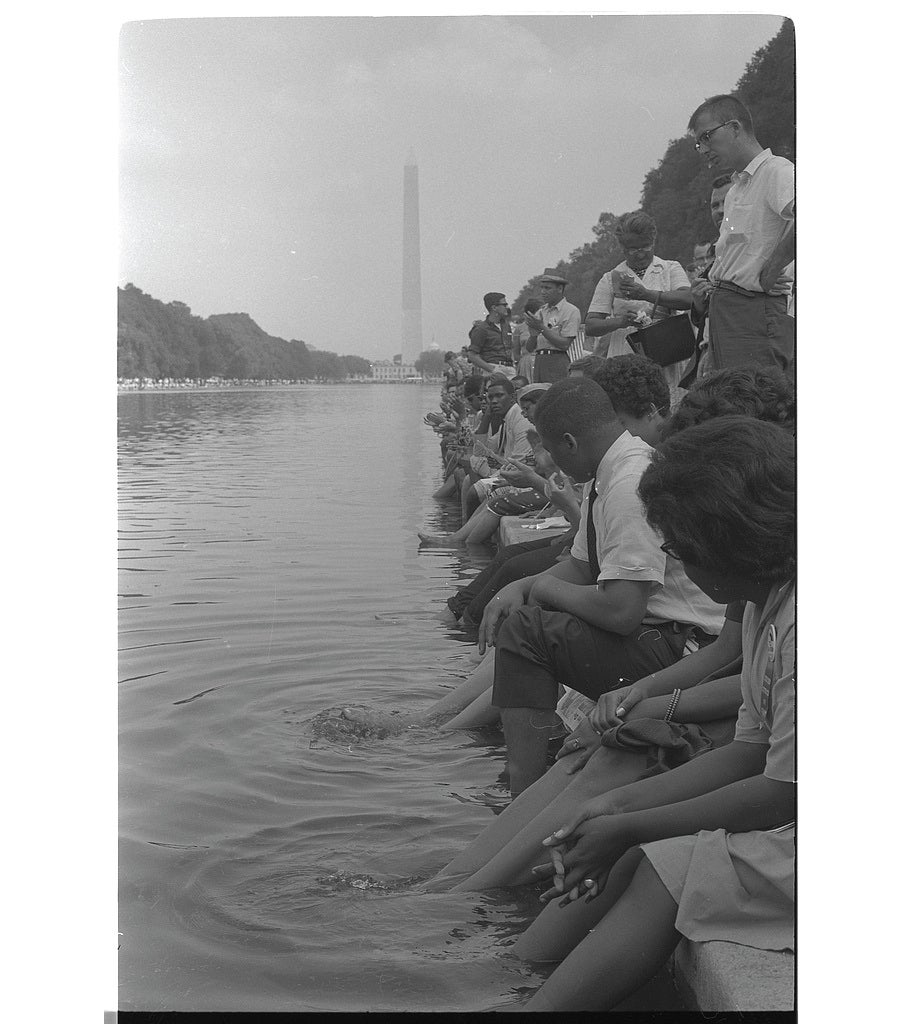 Demonstrators Keep Cool During the March on Washington for Jobs and Freedom, 1963