Scrubbing away with tools like paintbrushes, it's going to take technicians a while 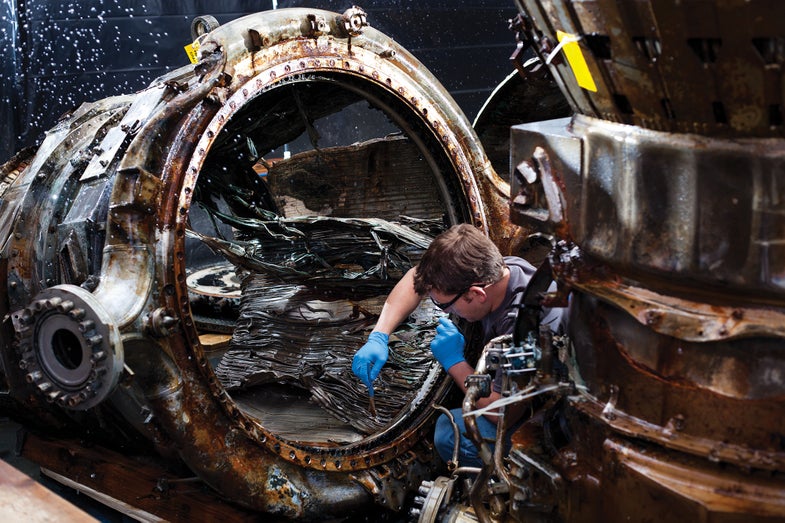 During NASA’s Apollo missions, the famously powerful Saturn V launch rockets hurled astronauts into space, many toward their lunar destination. After falling back to Earth, the spent F-1 engines sat at the bottom of the Atlantic Ocean for nearly five decades. Last March, Amazon CEO Jeff Bezos led a recovery: With remotely operated vehicles, the expedition crew brought more than 25,000 pounds’ worth of F-1 remnants back to the surface. The restoration arm of Cosmosphere, a space museum in Kansas, is now salvaging the components. Technicians flush each piece with water to rinse away corrosive chlorides, then clean out sediment with chemicals, paintbrushes, and dental picks. They’re still hunting for the serial numbers that would tie the haul to specific missions. With so many damaged parts, they’ll be scrubbing away for about two years.