From Charles And Ray Eames, A Simple Machine With One Function: Not To Have Any Function

The "Do-Nothing Machine" was a solar-powered ode to originality and wonder. 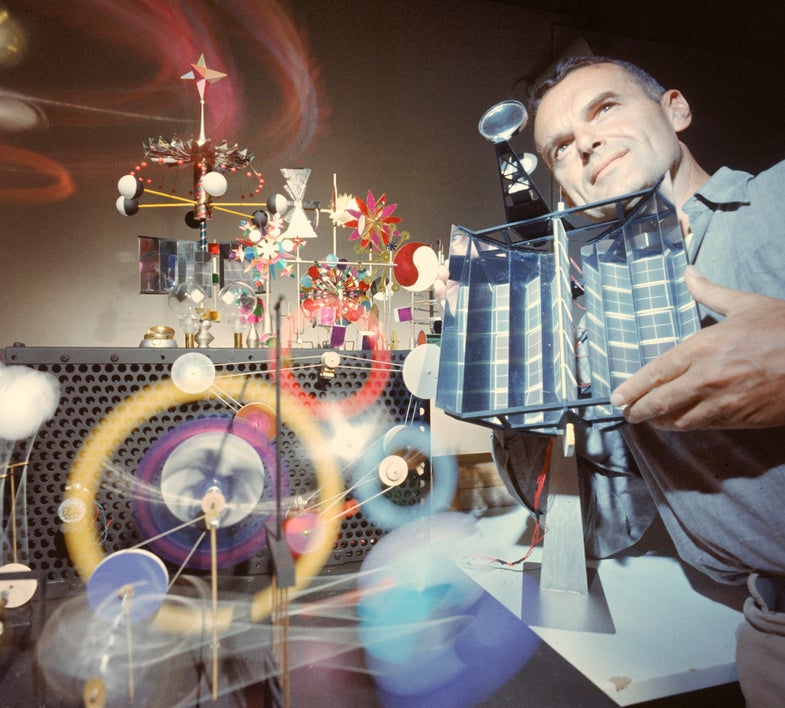 Husband-and-wife duo Charles and Ray Eames were two of the most influential designers of the 20th century, making progress in fields as diverse as furniture design, architecture, and film. In 1957 they were at the height of their popularity, when they made a simple machine with one function: not to have any function.

The “Do-Nothing Machine” was a brightly colored, solar-powered whirligig with multiple spinning parts. That’s it. Here it is in action:

Rather than having any utilitarian purpose, the machine was an ode to originality and wonder (and it looks appropriately child-like). But even without any function in mind, the machine was still innovative: it was a solar-powered machine well before others like it were in vogue.