Use These Apps To Help Inspectors Find Nuclear Warheads 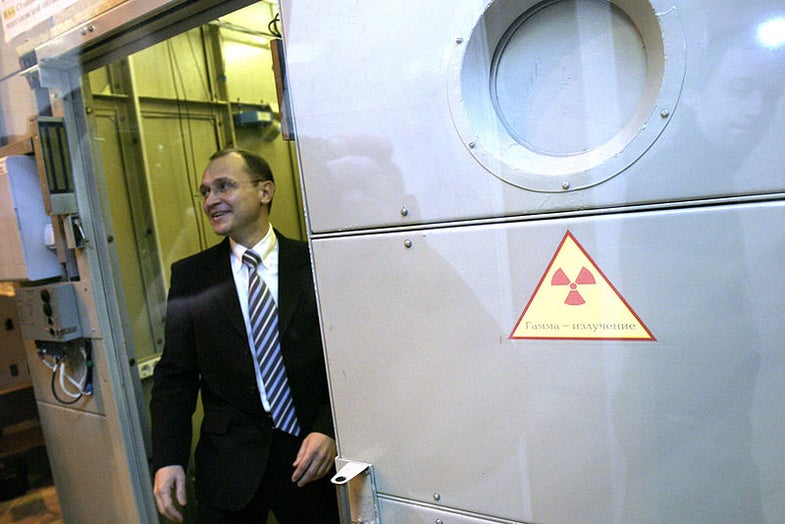 Inspecting nuclear weapons sites, while an important part of international treaties limiting a nation’s number of warheads, can be expensive and tricky, depending on the availability of trained inspectors, the ability of those inspectors to survey facilities unhindered, and the travel budgets for getting inspectors to weapons sites.

In an effort to make its job a bit easier, the U.S. State Department’s Bureau of Arms Control, Verification, and Compliance recently sought public submissions for crowdsourced efforts to support arms control. Since much of inspection is mundane work like making sure a fence is still intact or a closed site is indeed inactive, giving these tasks to private citizens could allow trained inspectors to focus on more complex jobs.

One of the runners-up in the competition is a design by Chip Mappus, a scientist at the Georgia Tech Research Institute. Mappus came up with a concept for a game app in which researchers set tasks for players to complete, and then players go out with smartphones to take pictures and log GPS locations.

Players would be rewarded for submitting photos and GPS data with unspecified perks—we’d hope for a system similar to Foursquare with badges for “most sites inspected” or “the mayor of this sketchy warehouse.”

Another app idea, by defense consultant Allen Childers, draws inspiration from the “Where’s Waldo?” children’s books. In Childers’ proposed app, civilians take pictures of sites, which are then posted online for other people to look over, scanning for out-of-place missile transporting trailers or other treaty-relevant signs of weapon moving. Inspectors would also have access to these pictures, and could use their trained eyes to spot irregularities and suspicious signs from halfway across the world.

If these apps end up being made, the creators might grab a few tips from this crowdsourced astronomy project.