A Visualization Of What Went Wrong On Asiana Flight 214

In short: a steep approach, short of the runway. 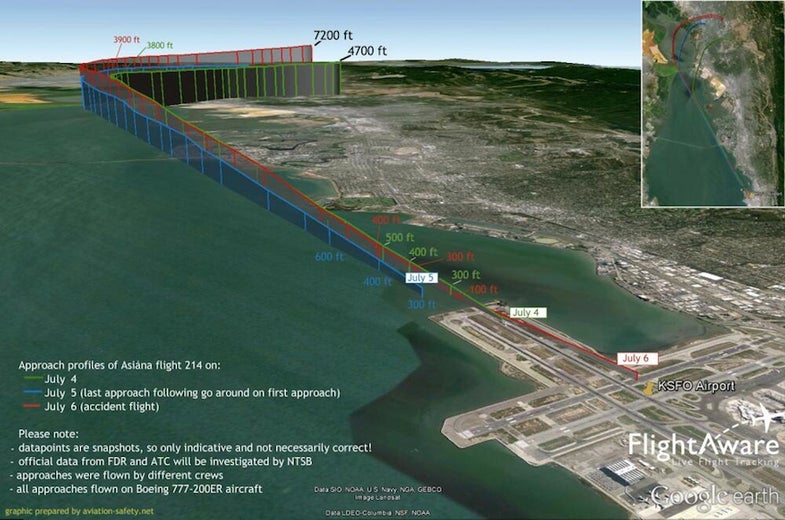 After the crash of Asiana Flight 214 over the weekend at San Francisco International Airport killed two and injured 168, the independent Aviation Safety Network culled flight data to create this map, comparing the crash to other recent descents into SFO. With information still coming in, and questions lingering, the map doesn’t provide you with all the whys and hows of the disaster, but it’s a look into what was different that day.

The data is a little confusing–the blue line appears to run lower–but look at the annotated numbers and you get a sense of the height for each day. Which leads to the big, noticeable difference: the crashed plane descended faster than previous flights, landing well short of the runway.