A Dramatic Finish For Solar Impulse, The Solar-Powered Plane That Flew Across The U.S.

The craft touched down in New York over the weekend after zipping across the States, but not without some technical difficulties. 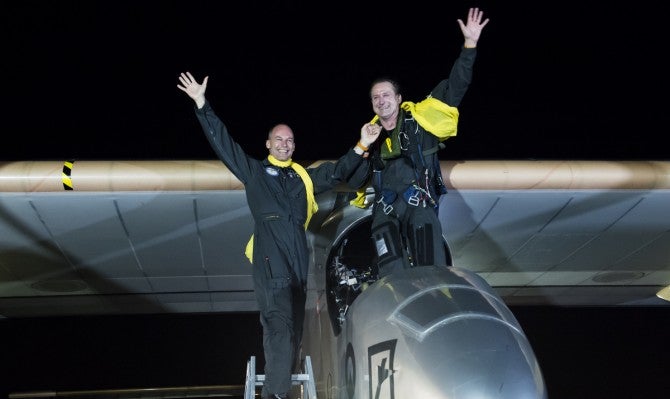 Since May, the solar-powered plane Solar Impulse has been on a cross-country trip across the U.S., soaring from San Francisco to the Southwest, through St. Louis, D.C., and now, finally, to New York. But its last leg was more harrowing than celebratory.

The Swiss-made craft took off on an early morning flight out of Washington en route to New York on Saturday, in what was supposed to be something of a victory lap, according to the team. But by Saturday afternoon, the pilots reported balance problems with the wings, and an 8-foot hole was discovered in fabric covering Solar Impulse. The team considered emergency options, like bailing over the Atlantic, but ultimately opted to land the plane three hours ahead of schedule at John F. Kennedy International Airport, hitting the runway in a low, slow landing at 11:09 p.m. 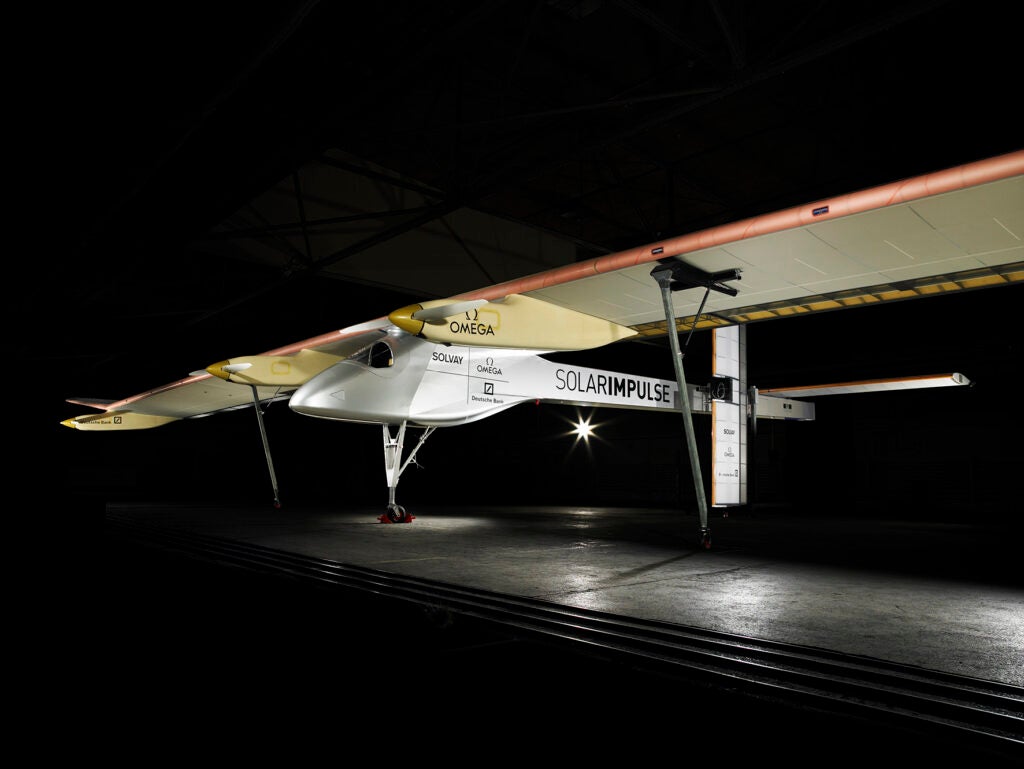 Technical difficulties aside, this is a big moment for solar-powered flight: the plane has been in the works since 2003, and made its maiden voyage in 2009, but this was an especially ambitious trip. The team’s next step? An even more ambitious trip: a flight across the world in 2015.