Where To Eat If You’re Hungover In A Major U.S. City [Infographic]

Where people go to get their morning-after fried-food fix. 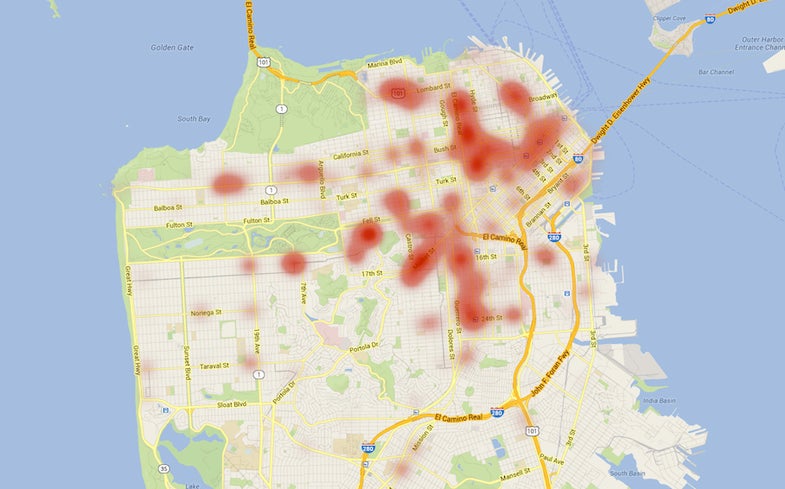 Whoops. You drank too much, and now it’s the next morning and you need to find the highest concentration of chicken and waffles in the area or your body will surely melt away to dust. Thankfully, Yelp has put together what is perhaps the single greatest act of public service ever released by a major company: maps showing where people in big cities use the word “hangover” in Yelp reviews most frequently. (Also: you can search for other stuff, like “yuppie,” for some reason. But more importantly: you can search hangover foods.)

The maps don’t exactly say where you can grab a cup of coffee and a bacon breakfast sandwich—the highest-density areas might just have a higher concentration of people who get hangovers a lot and like to write Yelp reviews (party!)—but they can give you a pretty good idea. So walk toward the red zones in one of these cities and find fried salvation.