If the bill passes, it's open season on government drones. 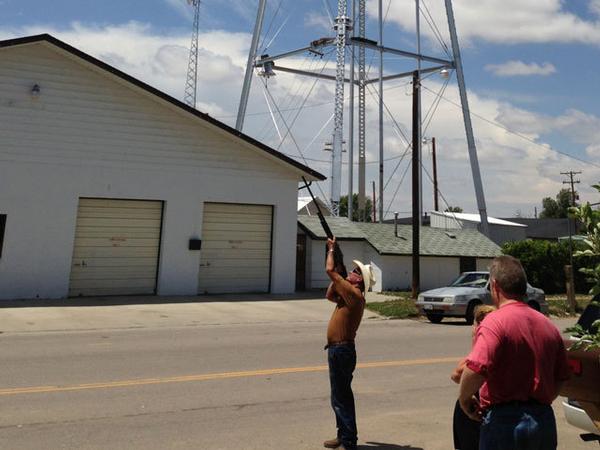 In the small Colorado town of Deer Trail, residents may soon be allowed to shoot down flying robots. The town board is considering an ordinance that would not only permit people with hunting licenses to fire bullets at drones, but would also pay them $100 for each mechanical hide with federal markings.

Sidestepping the fact that destroying government drones like this is a federal crime, bullets fired skyward have a very poor public health record when they plummet back to the ground. Federal policy already rules out armed drone strikes against American citizens within the U.S. (provided the Americans are not enemy combatants) so there’s a very real chance that more people would die from missed anti-drone bullets than would be killed by drones domestically.

Of course, that’s assuming the point of the anti-drone ordinance is to shoot down drones. Instead, like many attention-grabbing drone stories, this is almost a gimmick of a protest. The permits cost $25, and I wouldn’t be surprised if people from all over America bought drone hunting licenses for the novelty or symbolic value. In any case, Predator drones fly at 25,000 feet, or almost ten times higher than the longest confirmed accurate rifle shot fired by a human.

Elsewhere in the Southwest, Texas is solving this problem by prohibiting drone photography, which actually stops surveillance through the radical strategy of banning surveillance.