How To Build A 3-D Printer For Space 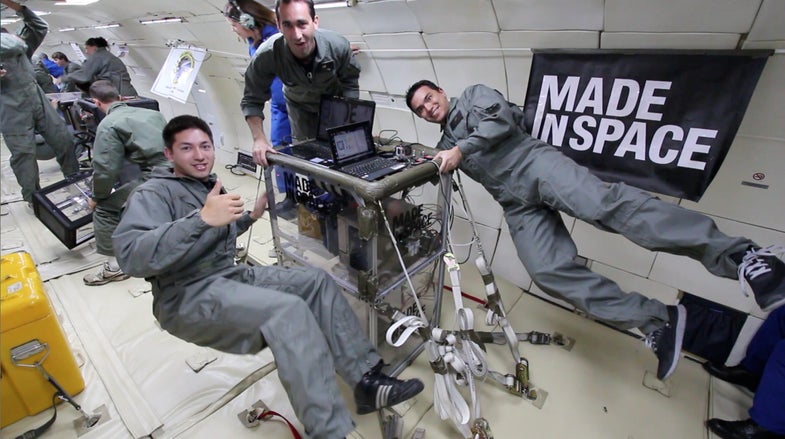 You knew it would happen. NASA is planning to send a 3-D printer aboard the International Space Station next year, The Guardian reports.

3-D printers’ ability to custom-make parts would be invaluable for repairs in space. But first, engineers need to make a 3-D printer that works in zero gravity.

Challenges include that thermal properties are different in zero gravity, Jason Dunn, who co-founded Made in Space to develop the technology, told The Guardian. In addition, each of the printers’ intricate parts needs to stay in its correct place without the help of gravity.

So far, Made in Space’s printer has passed testing in a micro-gravity environment created on a modified Boeing 727, The Guardian reports.