Where Edward Snowden Could Fly Without Getting Hauled Back To The U.S. [Infographic]

Snowden, wherever he is, probably wants to avoid countries that have extradition treaties with the U.S. 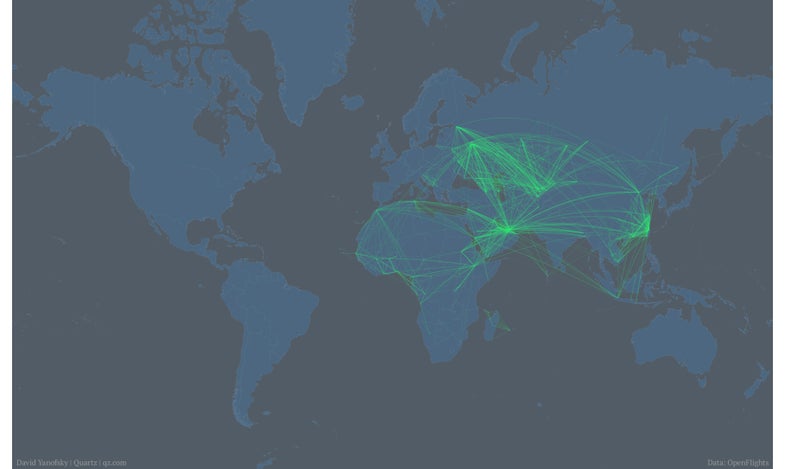 There’s some confusion about where, exactly, NSA whistleblower Edward Snowden is right now. He was going to board a flight to Cuba, didn’t, and then requested asylum in Ecuador. Or maybe he left for somewhere else when he high-tailed it out of Russia. Or maybe he’s still in Russia?

Quartz created this beautiful map, showing every flight path between countries that don’t have extradition treaties with the U.S., which gives us an idea of where Snowden might fly (or has already flown).

So, he shouldn’t be too hard to find. Narrowed it down to half the world already.