Use Universal Gesture Control From Any Room In Your House

Wave your hand to change the music. The music in the other room. 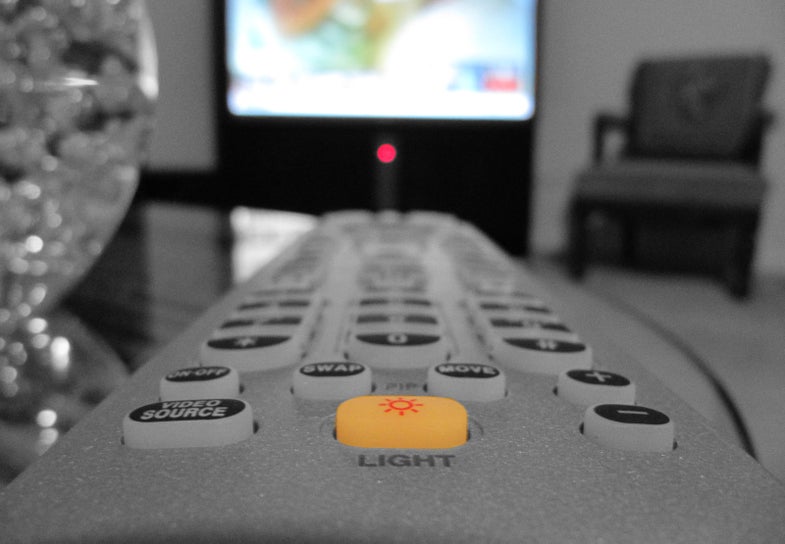 WiSee (pronounced “we see”) is a project from a team of University of Washington computer scientists to do just that, using the Wi-Fi signals your house already has. The Kinect works by bouncing infrared light off of what it sees and measuring the reflection, but WiSee uses something quite a bit more powerful: Wi-Fi.

Wi-Fi signals are bouncing around your house all the time, and aren’t impeded (well, not much, anyway) by walls or line-of-sight issues. So theoretically, you could use Wi-Fi signals much the same way the Kinect uses infrared. The movement of your arm only causes a very small change in the Wi-Fi signal, but the team created an algorithm that looks for the tiny signals, so you can make smaller gestures, like raising and lowering your hand to change volume.

First, the user performs one big gesture to get the system’s attention. That functions as both a security measure (so your neighbors can’t control your oven, for example) and as a call to action, the same way you have to say “Xbox!” when you want to use the Kinect. The system requires multiple antennae, but only a single receiver, and more than one user can use the system at once.

Despite being a small project based on existing technology (only the latest to do that kind of thing), it seems remarkably accurate; out of 900 gestures performed during a test, including pushing, pulling, twisting, and even complex motions like bowling, WiSee managed to correctly identify 94 percent of them. The team is still developing the tech, but as they’ve worked with illustrious companies like Microsoft in the past, don’t be surprised if WiSee shows up on the market.

[via University of Washington]