Check Out This Giant Inflatable Hangar For A Solar-Powered Plane

Instead of flying out of Dallas and touching down in a reserved hangar, the sun-powered plane Solar Impulse will land in an inflatable structure for part three of its trans-America flight. 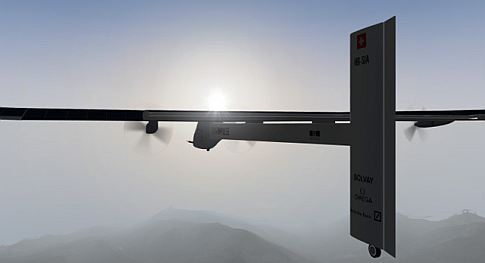 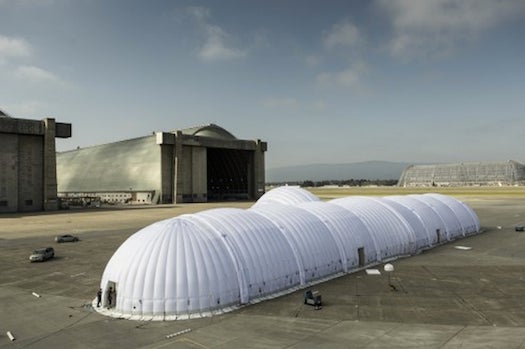 Solar Impulse, the solar-powered plane currently flying across the U.S., left Texas today on the third leg of its cross-country voyage. But it’ll have to run an audible when it touches down in St. Louis after midnight tonight: the hangar reserved for the aircraft was battered by storms in the area, and the plane will land with a special inflatable hangar instead.

Solar Impulse has been motoring along since it took off from San Francisco in early May, making stops in Phoenix and Dallas. Before takeoff, the team calculated the cross-country trip to New York would take two months. If the plane hadn’t left Dallas this morning, it would run the risk of being grounded there for a whole week because of Midwest weather. That would mean the entire two-month timetable would be missed.

So the inflatable structure, created for an around-the-globe flight scheduled for 2015 but not yet used in real-world conditions, will be set up by the Solar Impulse ground team before the aircraft lands, 21 hours after today’s takeoff. The hangar is a water-proof, fire-proof structure that can handle battering from winds up to 62 mph. It’s definitely not the first inflatable airplane hangar, and with 4 hours of build time required, it’s probably not the easiest to set up, either. But it does have some features that Solar Impulse needs. The hangar is translucent, meaning Solar Impulse can soak up some rays and recharge while it’s docked inside, and it’s also wide enough to accommodate the plane’s 208-foot wingspan.

After touching down in the hangar, Impulse will switch pilots (two of them are alternating on each leg) and make its way to Washington, D.C., and then onward to New York, where it’ll complete its trans-America flight.