The new rules are classified. 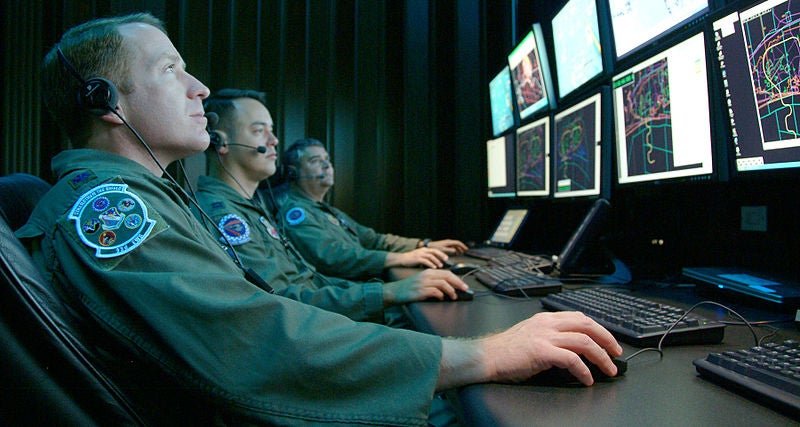 Yesterday, General Martin Dempsey, Chairman of the Joint Chiefs of Staff, announced an update to the Pentagon playbook on cyber war, the first in seven years. Cyber, the over-broad term for all things online, electronic, and networked, is a relatively new arena in war, though the U.S. military has been grappling with rules for using it since at least the Yugoslavian intervention in 1999. The amount of infrastructure, commerce, vulnerable information, and communication on the internet has increased greatly since then, and the Director of National Intelligence now sees cyber attacks as the leading national security threat facing America.

The new doctrine to meet this threat remains classified, but Dempsey’s announcement gave a rough outline of how it will work, while taking care to distinguish between online espionage and online military attacks — a division that can be blurry in practice. Using medieval metaphors, Dempsey described blocking and preventing an attack like “pull[ing] up the drawbridge,” with an emphasis placed on denying the attackers and defense. Should that fail, the next step is “active defense,” with a “proportional response” of American counterattacks against the aggressor.

This is somewhat reminiscent of the Kennedy Administration’s policy of Flexible Response, where non-nuclear threats were countered in kind, by non-nuclear means. Limited retaliation in kind is important, as it allows government to respond to threats without automatically escalating to total war.