For if you're just really into expressing yourself through clothing. 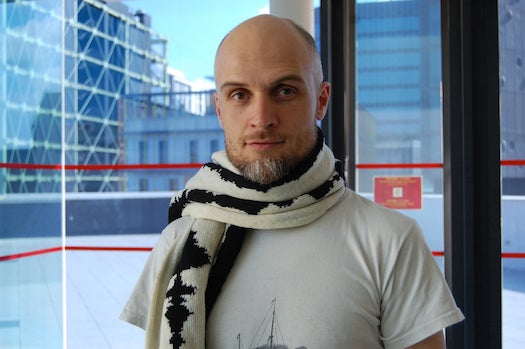 Have you ever felt your clothing just doesn’t say enough about you? As in, you’re willing to go to semi-obsessive lengths to show everyone your thoughts? Almost literally, your thoughts? Then perhaps you should try on this scarf, designed from your very own brain scan.

It’s called NeuroKnitting (soon we will have an invention for every noun, with “Neuro” right behind it). To personalize the scarf, the inventors strap an EEG headset onto a person’s head, then monitor his or her brain activity as Bach’s “Goldberg Variations” play–a “mood inducer,” according to the designers. Three scans, based on three parts of the brain, are then stitched into a two-color scarf using an automated knitting machine.

This is still just a design experiment, so it doesn’t look like you can actually get one yet. But maybe by next winter?