Work has begun on what could be the first 3-D printer in space. 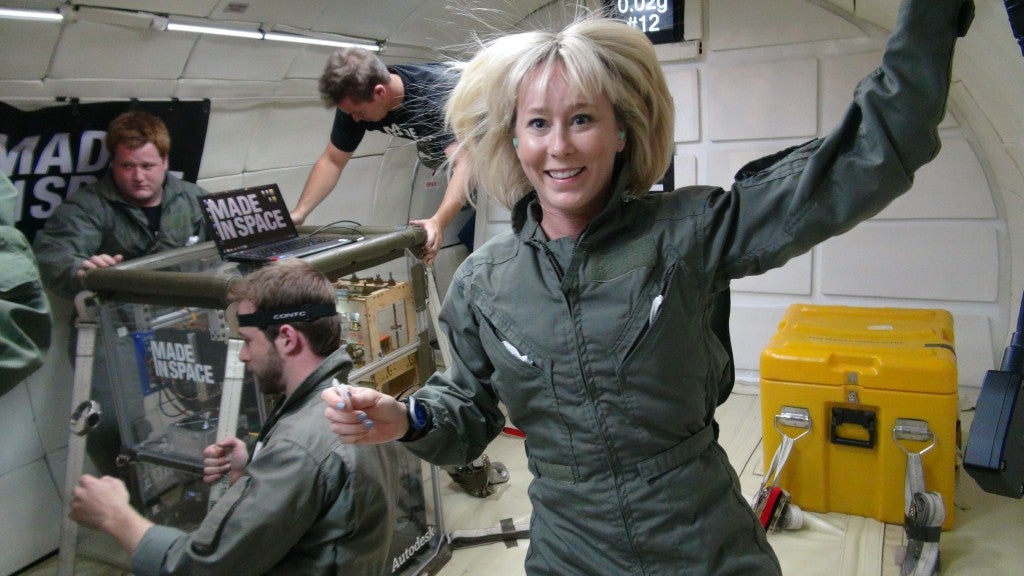 In space, where delivery of items you might need is difficult and square footage is at a premium, 3-D printing seems like a no-brainer. Don’t fly up what you need–print it right there! So it’s great that NASA has officially contracted a semi-in-house company, Made in Space, to build a zero-gravity 3-D printer for use off-world.

Made in Space was founded in 2010 at NASA Ames by a bunch of 3-D printing veterans and entrepreneurs, with the express aim of launching a 3-D printer into space. It’s not an easy proposition, though; terrestrial 3-D printers like the Makerbot, which seems about the same size as the prototypes Made in Space is working with, uses Earth’s gravity to drip lines of plastic into its shapes.

Made in Space’s stated goals include:

3-D printing could be a key tool in space; you never know exactly what you’ll need, and it’s ridiculously expensive, difficult, and time-consuming to fly up tools or spare parts to the International Space Station or elsewhere. And Made in Space, among others (like Enrico Dini of D-Shape), is also researching the possibility of using materials that are found in space, like moon dust, as the key base material in 3-D printing. Eventually 3-D printers might even be used to print anything from satellites to houses.

Read more over at Made in Space’s page.