Laser Time Cloak Hides The Fact That An Event Ever Happened

This is the first almost-practical application of temporal cloaking ... but it might work too well. 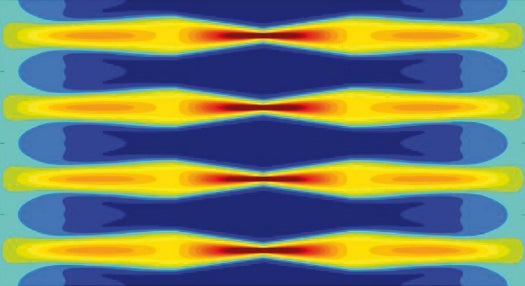 Electrical engineers at Purdue University have found a way to make your data disappear completely–into holes in time. The technique, described in a paper published online in Nature yesterday, uses pulses of light to create “time holes” that allow communication across optic fibers to disappear completely.

The idea of a data cloak, a way to hide the transfer of data in “time pockets,” has existed for a few years, but until now the effect didn’t last long and wasn’t consistent enough to be of any practical use. This is the first temporal cloak that can work quickly enough to hide data streams in telecommunications systems. It can work to hide up to 46 percent of the window of time it takes to transfer data (one of the first temporal cloaking techniques worked less than one percent of the time, according to a Purdue release).

This cloak works using a wave phenomenon called the Talbot effect. Manipulating the timing of light pulses so that the crest of one light wave interacts with the trough of another creates a zero light intensity–where the two signals cancel each other out–in which data can be hidden. 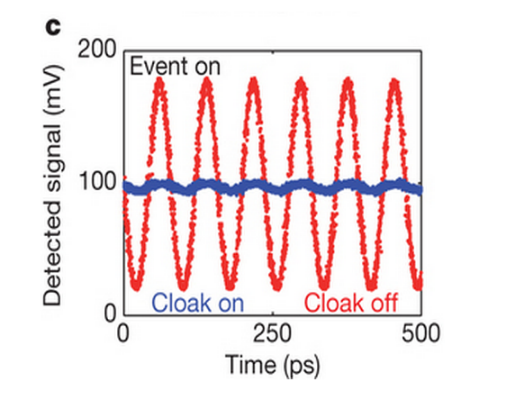 The cloak flattens the wave, making it invisible to an observer.

Right now, author Joseph Lukens, a Purdue graduate student, says the cloaking effect is almost too efficient. “We erased the data-adding event entirely from history, so there’s no way that data could be sent as a useful message to anyone, even a genuine recipient,” he told Nature. Future tweaking might solve this problem to allow super-secret messages to pass through undetected and still make it to the intended recipient. But maybe they can use the current version to destroy embarrassing emails mid-send?