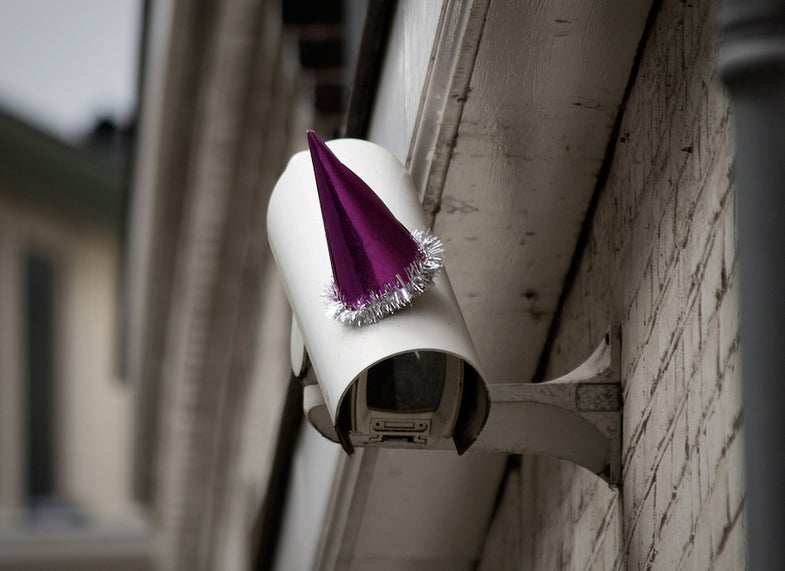 This week marked the 110th birthday of George Orwell, who penned the dystopian government-surveillance novel 1984, coining the phrase “Big Brother” in the process. To celebrate, the Dutch artists at Front404 hit the streets, decking out surveillance cameras with party hats. The usually anonymous-looking cams looked a little more conspicuous, highlighting how, as the 404Front team puts it on their site, “the surveillance state described by Orwell is getting closer and closer to reality.” Something tells me they may be right about that. 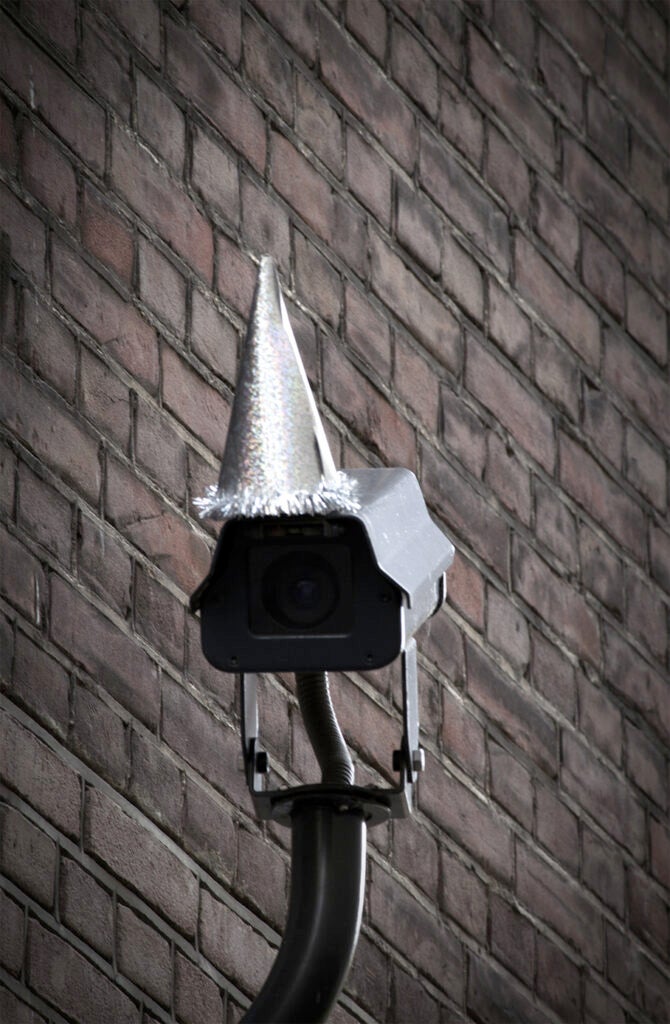 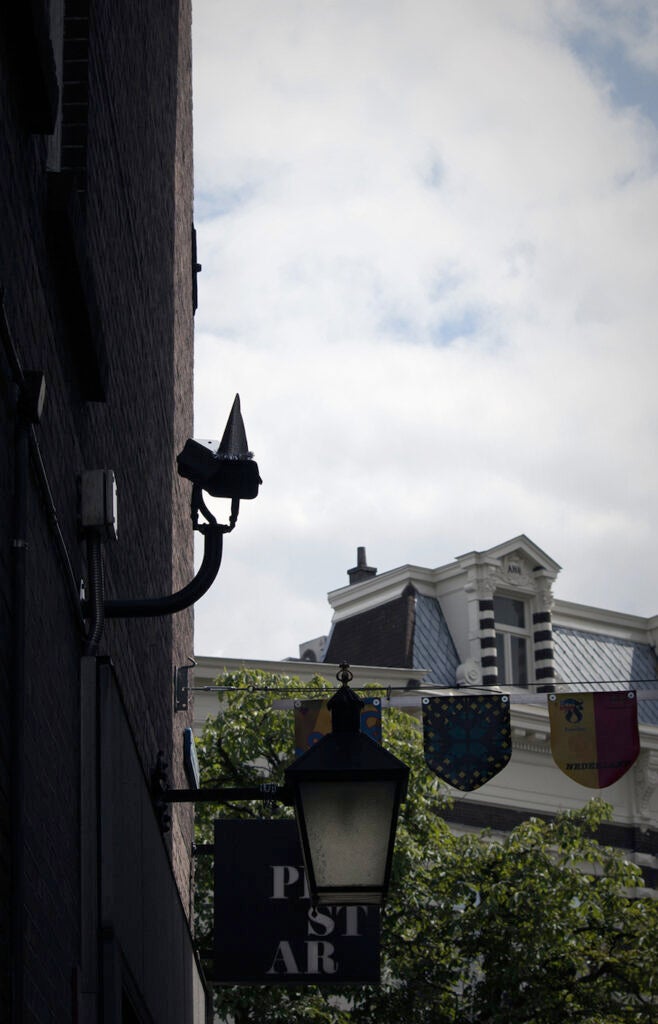 Check out more of the cameras at Front404’s site, or at BuzzFeed.