British Airways wants to finally replace paper tags, and maybe save you some time at the check-in counter. 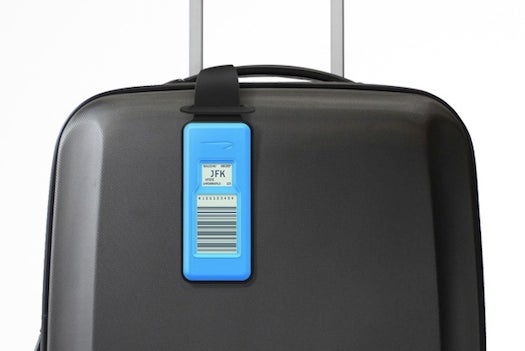 The standard paper luggage tag–the one that requires the force of eight men to tear off your suitcase–could be a thing of the past. Next month, British Airways will launch a digitized version, which would also send flight info to the travelers’ smartphone, and maybe even save them a few seconds at the check-in counter.

The tags, designed by studio Designworks, are loaded with e-ink (a la Kindle), which automatically produces a barcode for each flight. A passenger with one of the tags steps up to the counter, checks in to the flight, then waves his or her smartphone over the top of the tag. Through the magic of NFC, which beams data from certain smartphones to other gadgets, the bag tag switches to the barcode that corresponds to your flight, and the barcode sends flight details to your smartphone.

British Airways is launching a three-month trial period next month, and plans to roll out versions of the bag tag more fully in 2014, although the design could change in the meantime. 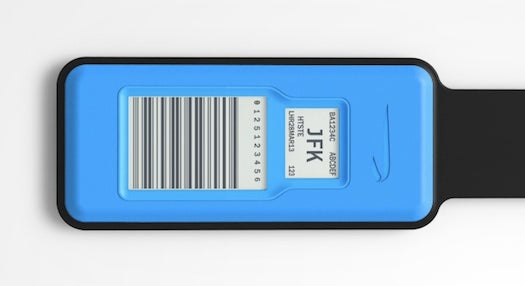 I’m curious to find out just how much time these tags save, considering you’ll still have to wait in line to check in to your flight before you scan your barcode. Also of note: there’s no tracking function on it, either, so it won’t save you if your bag gets lost en route to your destination, as bags are wont to do.