It's no Google Glass, but it still does the trick. 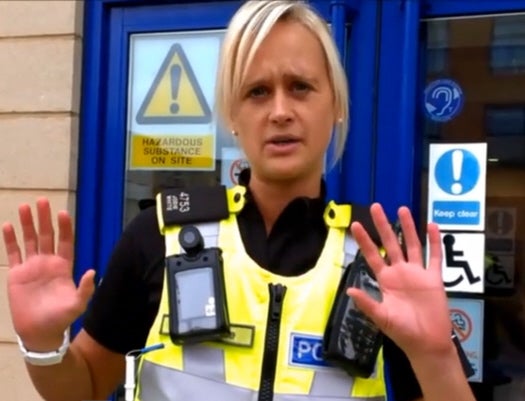 The best way to record a crime? Attach a camera to the police officer responding to it. Following a successful trial last summer, police in Melton, Britain, are adding chest-mounted body cameras to their standard gear.

Britain has more CCTVs than any other European country. Yet how effective CCTV is at reducing crime remains murky at best; a study in San Francisco found that CCTV didn’t make crime go down, it just made criminal activity move an average of 30 feet away from the cameras. Algorithmic data processing will make CCTVs work better, but as fixed cameras, they’re still pretty limited, hiding up there in the rafters of the convenience store, waiting for crime to happen.

Body cameras, instead, record video right from a responding officer’s chest–a better vantage point for recognizing faces. The cameras also have night vision. Officers activate their cameras before arriving at the scene of an incident, which saves battery life and ensures unimportant information isn’t recorded. But it also gives the officers all the power: If a cop engages in brutality or other questionable behavior, he can just switch the camera off.