Airships Are Not The Future Of Flight 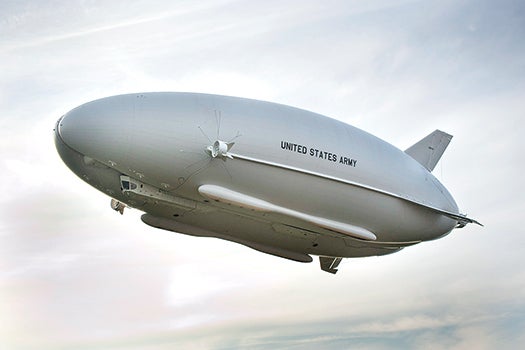 Airship development tends to come in waves, the most recent of which arrived in the mid-2000s. Facing two wars and a need for new surveillance and logistics craft, the Pentagon undertook a flurry of airship development. The Navy was first, with the MZ-3A, a technology testbed. The Air Force and Army followed, with their Blue Devil and Long-Endurance Multi-Intelligence Vehicle (LEMV) programs. Both ships were about as long as a football field and capable of flying for weeks. But then the bottom fell out. The financial crisis hit (bad), the wars began to wind down (good), and a helium shortage struck (expensive). In June 2012, Blue Devil lost funding. Eight months later, the LEMV got the ax too. The MZ-3A is still flying, but its funding is on the chopping block. If there was an airship renaissance in the making, alas, it has come down to Earth.