One nation, under True Blood. 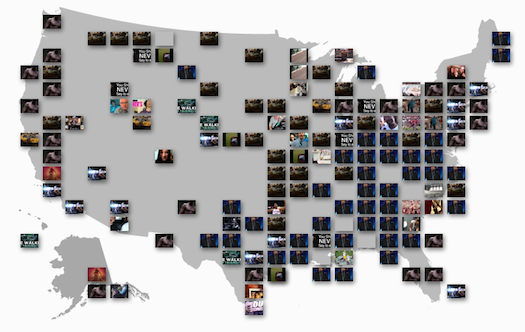 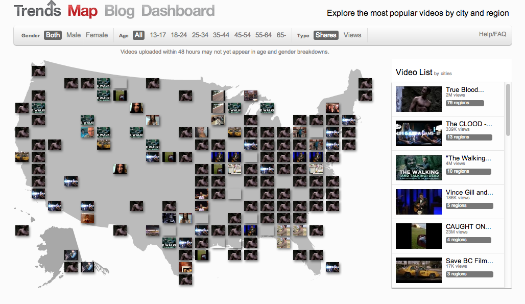 What are middle-aged men watching on YouTube in your city? With the new YouTube Trends Map, you can now check out what videos are going viral in real-time in different regions of the U.S., filtering by gender, age, and shares versus views.

Strictly based on views, most of the country seems to be watching the relatively boring “Belen vs St. Thomas Water Polo Handshake,” while a select few regions (more if you’re looking only at female views) in the northern part of the country are watching Grey Spain’s explanation of the “Only For Children” child abuse prevention ad campaign. 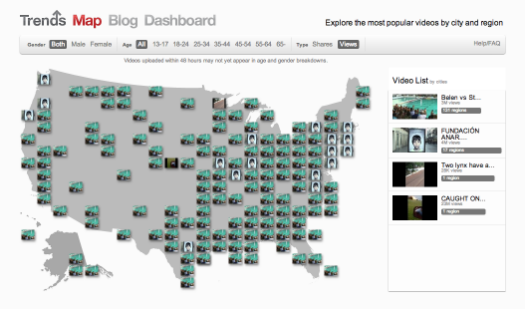 When we get to sharing activity, things get a little more interesting. As of this morning, the eastern half of the country is basically a wall of True Blood, with the season six trailer as the top shared video in 56 percent of U.S. regions. True Blood occasionally gets ousted by “Bad Lip Reading of the Walking Dead” and a music video for the band The Clood. Alaska only has three viewable regions, but the state appears to be torn between its enthusiasm for True Blood and a cell phone video called “Young woman being arrested for nothing.”

Graphs under the map break down the top videos in different demographic groups based on the number of regions where each video is number one in the rankings, so you can make sure you’re keeping up with what all the cool kids are watching these days.