Who Wouldn’t Want To Stay In This Totally Insane Space Hotel!?

It's got a wind tunnel! Also: a zero-gravity spa! 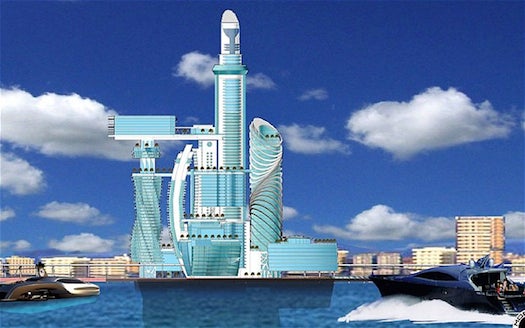 Last week, the U.S.-based consortium Mobilona unveiled plans for this crazy building: a futuristic “space” hotel filled with stuff you associate with ideas about the future from, like, the 1930s. The 984-foot, 1.5 billion euro ($1.9 billion) building would include a vertical wind tunnel, a 24-hour shopping mall, a marina for parking yachts, and a zero-gravity spa (not even totally clear how that works). It would all be stationed on an artificial island. 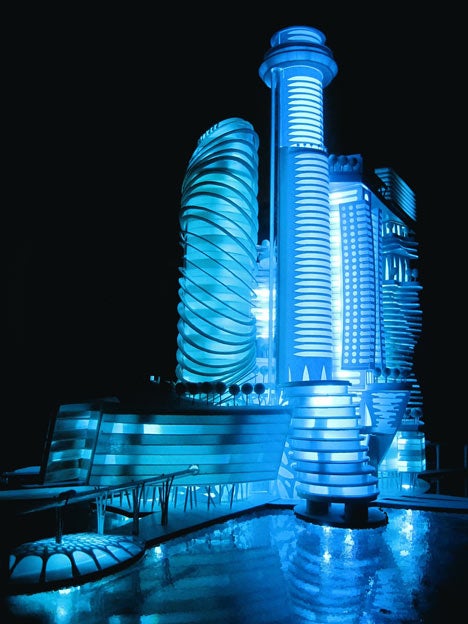 So who wouldn’t want this? Oh, maybe a major city in a country devastated by the economic downturn.

When Mobilona submitted plans for the project to planning officials in Barcelona, they got some icy responses. “We are a city of culture, knowledge, of creativity, and of innovation, and our project (for the city) will follow a different path,” the city’s mayor said in a TV interview.

Bummer! With prices like 300 to 1,500 euros per room (about $390 to $1,900), it could make for an affordable place to take the kids on a zero gravity spa/wind tunnel trip. Or you could splurge and get the six-story mansion penthouse full-time for 70 million euros, or about $90 million.