How Drones Will Fight Poachers To Save Endangered Species 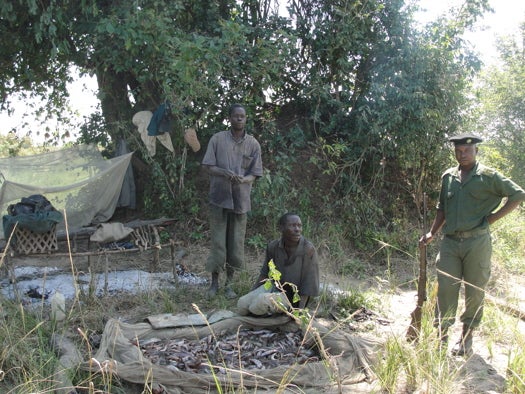 Here is a complicated problem: Endangered elephants live in isolated nature preserves under the watch of woefully underfunded governments. Poachers can easily break in, hunt the animals in the dark using night-vision goggles, and then sell them to buyers in Southeast Asia (often using the proceeds to buy arms for militias.) Arrayed against this complex, tragic situation is a curious coalition of local governments, non-governmental organizations, and robots.

The fundamental challenge of poaching is that there’s more money to be made in killing and selling rare, exotic, and endangered animals than there is in protecting them. But drones operated by nonprofits could help stop this process by tracking poachers back to the traders that make poaching so profitable. And while non-government drones can’t themselves apprehend illegal traders, they can direct local governments to the location of the criminals, says Carter Roberts of the World Wildlife Fund.

We’re already beginning to see this nonprofit-drone/local government synthesis in action. On Thursday, President Jakaya Kikwete of Tanzania announced that the Tanzanian army is deploying drones for anti-poaching operations. This isn’t the first time Tanzania has used its army against poachers, but the last time was in 1989, and the problem has certainly re-emerged since then.

To make sure that this time the anti-poaching efforts actually stick, the Tanzania National Parks Authority will use drones to monitor people entering the parks. “It is a kind of improved closed-circuit television camera, which will facilitate monitoring all parks 24 hours,” Shelutete told Sabahi, adding that the cameras are connected to computers via satellite.

In December, Google funded a WWF plan to use drones for protecting the world’s rare, vulnerable, and endangered species. Now, it looks like similar plans are taking off elsewhere, as cheaper technology meets a pressing need that was just not affordable before. Plus, as Carter Roberts noted, “The places we’re talking about are extremely remote—UAV privacy issues not that great [because] nobody’s supposed to be there.” Indeed, this looks like an ideal case of drones working for good.