Though it hasn't explained exactly how, the Russian government says it is building robots that will minimize casualties during terrorist attacks and engage terrorists directly. 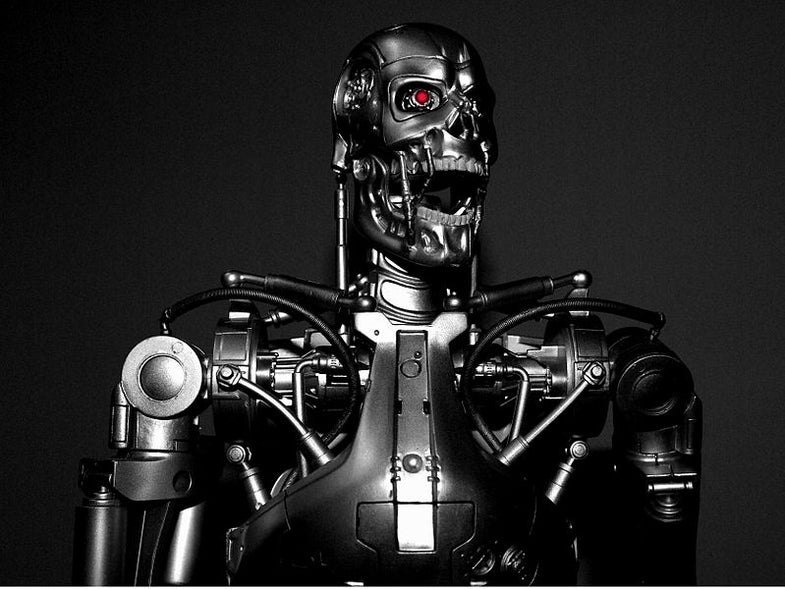 The Russian defense industry (which Rogozin oversees) has not yet revealed exactly what these robots will be capable of or when they will be deployed, only that it is building them and that they would be able to evacuate injured soldiers and police or civilians from the scenes or terrorist attacks. They will also be able to engage terrorists at a distance without harming any hostages they might have.

Again, they haven’t said exactly how they are going to engage terrorists at a distance without harming hostages, but what’s most important here is that they’re going to. The robots are being developed alongside other anti-terror technologies, including those that can see terrorists through obstacles.

Ostensibly these robots will also be able to disperse crowds of terrorists, round up terrorists for imprisonment or questioning, or even “neutralize” terrorists that haven’t yet done anything wrong but that the Russian state finds to be potential threats. Fortunately these robots will only be used against terrorists, because if you replace “terrorist” with just about any other group of people this paragraph becomes fairly unsettling.