Legitimate Problem: The City Of Oslo Is Running Out Of Garbage

Oslo burns garbage for energy--but, against all odds, they're running out of it. What will they do? 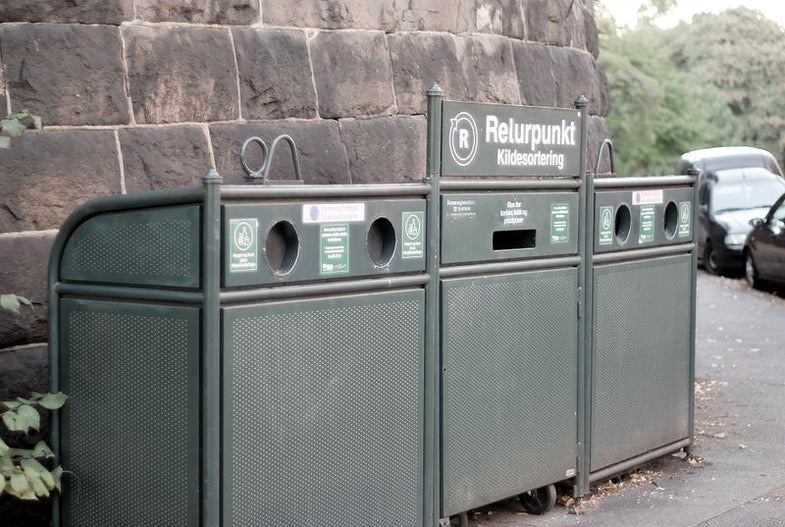 Here in the States, garbage–and where to put it–is a major problem. But in many countries, especially in northern Europe, it’s a precious commodity. Oslo, the capital of and most populous city in Norway, gets about half of its energy from burning garbage. It’s so efficient that plants have lately starting importing garbage from Sweden, Italy, and the UK, and they’re even eyeing the US market. Why? Because they’re running out of garbage in their own country.

The Scandinavian countries have a much more sophisticated garbage collection service than we in the States do; garbage is separated by type (food waste, plastics, glass) in different-colored bags which are handed out for free. The processing plants have optical sensors to tell the colored bags apart, and the garbage–even typically dangerous or toxic stuff–is burned for energy. In the US, 34 percent of our waste goes into landfills; in Sweden, only 4 percent goes to landfills.

But there’s a growing market in garbage; Norway’s plight isn’t the first time a country has run out of garbage. Last year, Sweden was forced to import 800,000 tonnes of garbage to keep up with energy demands, and the countries are competing over garbage-rich countries.

Some activists are concerned that the growing demand for garbage may actually encourage people to create more waste, though that seems unlikely to me; there’s no actual evidence that anyone’s ever been motivated to buy more wastefully-packaged products in order to satisfy national needs for garbage. For more on the story, head over to The New York Times.