Plus: how other shows fare over time

Who can predict how a TV show will fare two or three seasons out? Some shows only gain momentum after a dull first season, while others break out of the pack early on only to flounder or manage to remain consistently awesome.

Andrew Clark of PremierSoccerStats created these handy scatterplots of that process using data originally culled from the Global Episode Opinion Survey (GEOS), a web-based survey that allows GEOS members to rank more than 145 TV shows, from 24 to Twin Peaks to Nip/Tuck.

The graphs show the average ratings for a program over time. The intensity of the scatterplot changes based on how many people responded (The Simpsons had an average of 29 rankers.)

Rankings for some shows, like the 1985-1992 series MacGyver, vary fairly widely: 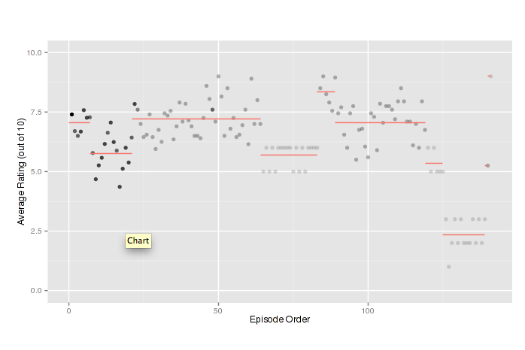 Other fan favorites stay essentially consistent over time, like HBO’s Six Feet Under: 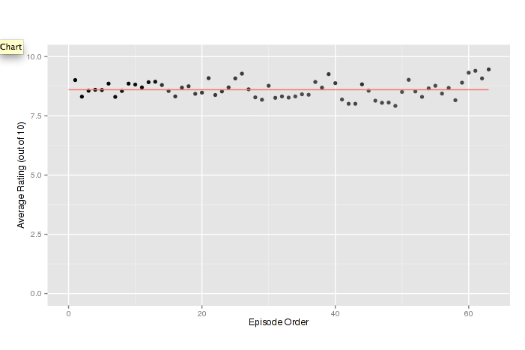 Fiddle with the interactive graphic here, and try not to be taken aback by how popular The Vampire Diaries actually is.