The company's venture capital arm has just made a big investment in unmanned systems. 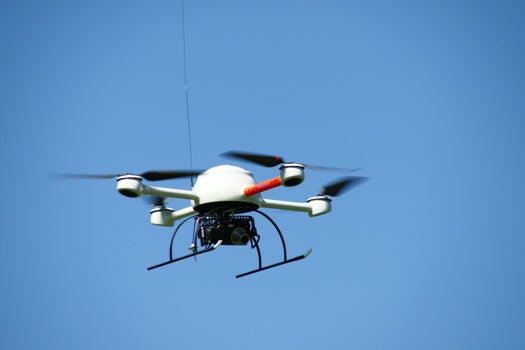 Two years ago Google purchased one of these quadrotors from German manufacturer Microdrones. wikimedia commons
SHARE

The company, Airware, builds autopilots for unmanned aerial systems. Because space and weight are at a premium on drones, especially small ones, Airware’s systems can get pretty tiny—one model weighs 32 grams, or about the same as a pocketful of coins.

Airware made news in January (under their previous name of Unmanned Innovations, Inc.) when a Kenyan wildlife conservation group purchased one of its drones to fly over a nature preserve and watch for poachers.

Google itself has a history with robot vehicles. In August 2010, a German firm reported that Google was testing one of its drones, most likely for Google Street View and Google Earth projects. And Google also spent years developing a driverless car, some of which are now licensed drivers in Nevada.

All of this means that Google is well poised for 2015, when the FAA is set to allow drones to fly alongside planes in U.S. commercial airspace.

The next thing to watch out for? Google investing in tacos, burritos, or beer delivery.