The agency wants researchers to invent a technology that can determine, in just 30 days, how a new chemical or biological attack works. 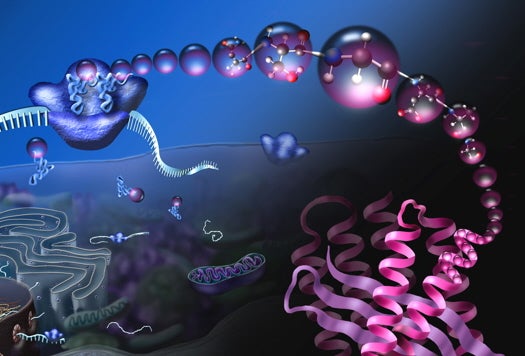 The U.S. Defense Advanced Projects Research Agency has set a new challenge for scientists: Invent a method that can figure out, on a molecular level, how new chemical and biological weapons work—and that can do so within 30 days of a victim being exposed. DARPA is calling the five-year program Rapid Threat Assessment.

A process that could determine in 30 days the way a new biological or chemical attack interferes with normal cell function would be a huge improvement over current science. It took researchers years to figure out how anthrax, a known threat, infiltrates and kills white blood cells; if a terrorist group has deployed a new type of chemical weapon, we won’t want to spend years learning how to stop it.

Rapid Threat Assessment will focus on determining on the mechanism by which a hostile agent enters a cell, with the idea being that if a disease can’t enter a cell in the first place, the damage it can do is limited. DARPA hopes that understanding the interaction between a threat agent and a cell will allow scientists to quickly develop medicines that target an attack’s weak point.

Rapid Threat Assessment won’t directly protect against threats, but if it works, it will do the next best thing: give scientists the tools they need to launch a fast counter-attack.