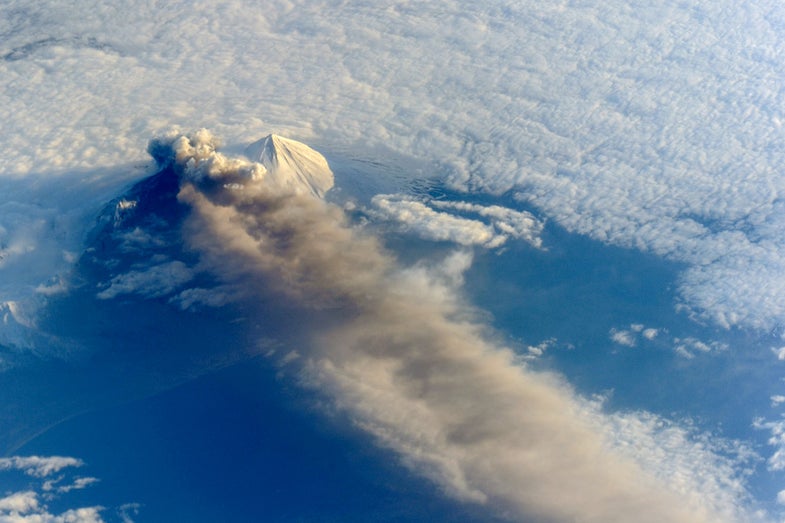 The crew aboard the International Space Station managed to snap these three striking images of Alaska’s Pavlof Volcano a few days ago, which capture (via their oblique angles) just how far these plumes can stretch and how huge they can be (we usually see these images from directly above, so it’s hard to tell just how big they really are). 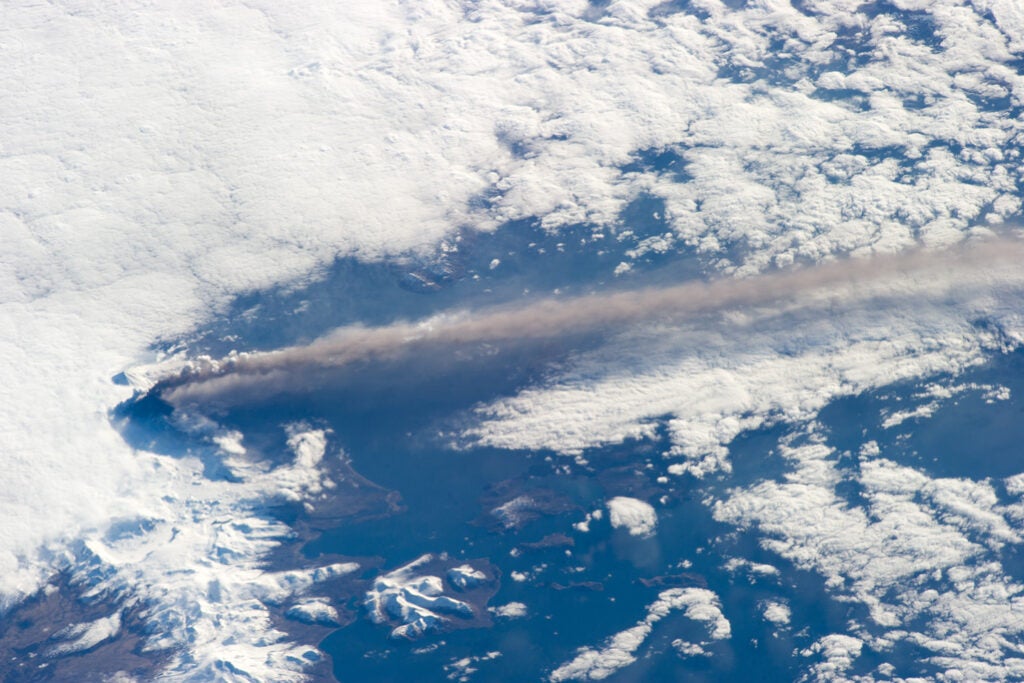 Pavlof is in the Aleutian Island arc, some 625 miles southwest of Anchorage. It began erupting last week, spewing an ash plume 20,000 feet into the air. For orientation purposes: The plume is extending southeastward, back toward the mainland United States. 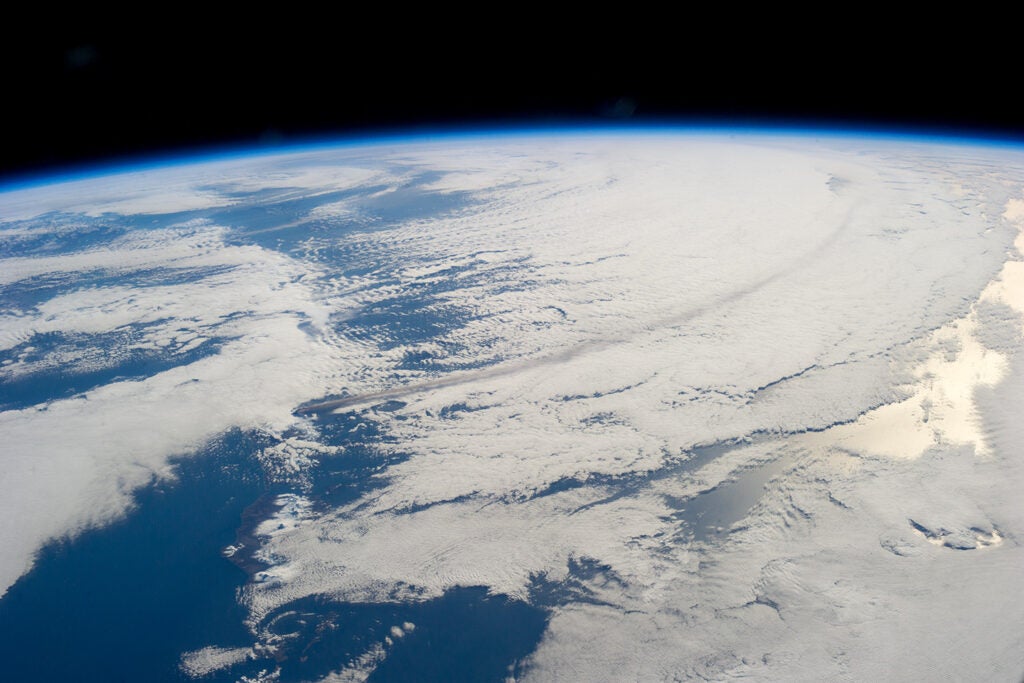