The first TV show and videogame that play together. 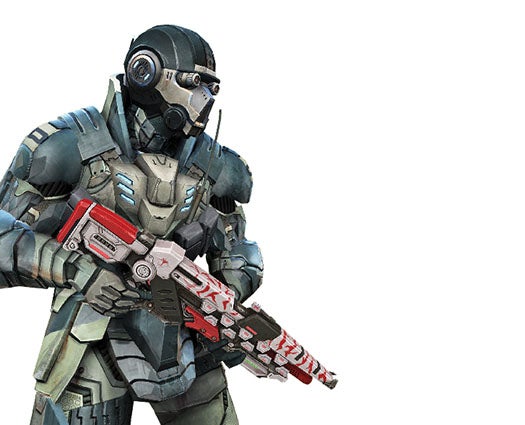 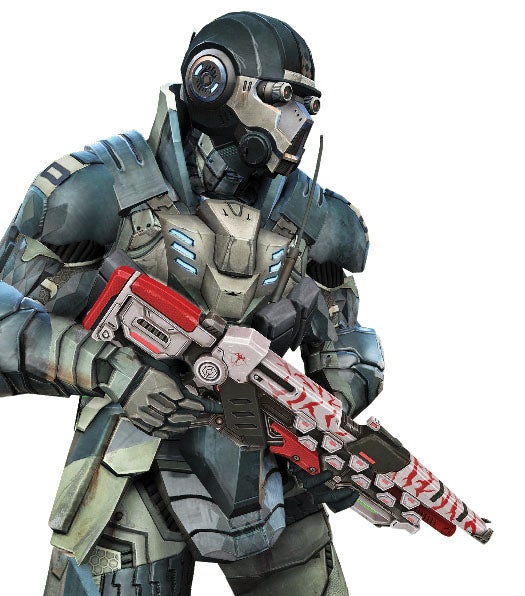 No matter how frequently media borrow from one another—a game based on a movie, a movie on a book—the distinction between them has always remained clear. But those boundaries are starting to break down. This spring, the Syfy network, in tandem with game developer Trion Worlds, debuted Defiance, a story that unfolds simultaneously in a TV show and in an online gaming world. For the first time, gamers will have a chance to impact a show by playing an MMORPG.

Defiance takes place on Earth 33 years in the future, after an alien war. The characters on the show—a mix of human and alien races—live in what remains of St. Louis, while the in-game characters live in San Francisco. For the first season, the developers and producers choreographed a series of interactions between the show and the videogame to familiarize the audience with the interplay between the two. Characters in the show might dictate gamers’ missions: A doctor in St. Louis, for instance, might ask a team in San Francisco to find a medical device. But eventually, the crossover between show and game could become more dynamic and freeform. In future seasons, gamers’ decisions would influence the show, creating a new—and spoiler-proof—cross-media storyline.