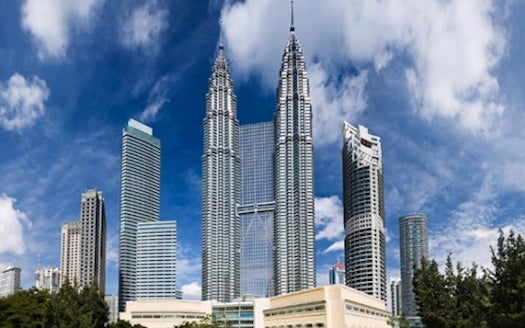 Safaei, an electrical engineer at the University of Wollongong in Australia, is working on a wind turbine he thinks could be quieter and safer for birds and could be installed between city buildings. He has tested a prototype in a wind tunnel, and the University of Wollongong has signed a deal with Australian engineering company Birdon to build and test a more advanced prototype, to see if it will be commercially viable.

Safaei’s design, which he’s named PowerWINDows, has vertical blades that move up and down in the wind. The blades create less turbulence around them than conventional, windmill-style turbines do, so engineers can put several of them together in large, flat installations.

In addition, PowerWINDows’ blades move more slowly and are more visible than conventional turbines’. Safaei hopes that will discourage birds from flying into them. The U.S. Fish and Wildlife Service estimates 100,000 to 440,000 birds die from flying into turbines every year, though exact numbers are difficult to pin down.

Safaei hasn’t yet studied whether birds avoid his turbines, however. “So at this stage this is purely a conjecture, albeit a reasonable one,” he wrote to Popular Science in an email.

PowerWINDows are just the latest in a series of bird-friendly wind turbines. Tunisian startup Saphon Energy is working a bladeless design that looks like a round dish. The Delft University of Technology in the Netherlands installed a bladeless turbine on campus last month. Meanwhile, the Fish and Wildlife Service created guidelines last year for building safer conventional turbines.