Watch This Remote-Controlled Robot Dragonfly Tear Up The Skies

Super-light, flapping-wing flight in any direction 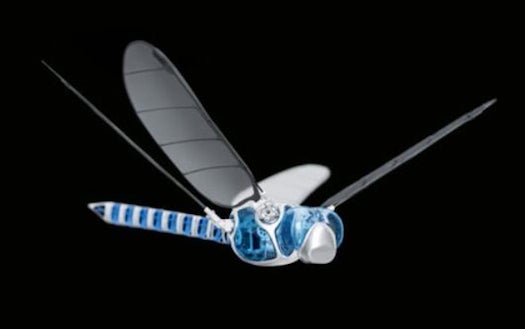 There’s apparently a niche market in robot dragonflies, what with an Indiegogo project for building them blowing past its $110,000 goal with more than $1.1 million. Now we’ve got another ‘bot entering that field: the Festo BionicOpter, a super-light, dragonfly-inspired flying machine.

It’s not exactly dragonfly-sized at 19 inches long with a 27-inch wingspan, but it only weighs about 6 ounces. The German company is claiming (it hasn’t been shown outside of this video) the BionicOpter can hover, fly backwards, and outmaneuver other drones, including the popular quadrotor types. The video is pretty intriguing. Maybe the two dragonfly ‘bots can have a face-off soon.