Russia Is Investing $50 Billion In Its (Very Ambitious) Space Program

President Vladimir Putin has announced a space initiative to put a person on Mars, build a moon base, and shoot down any foreign threats. 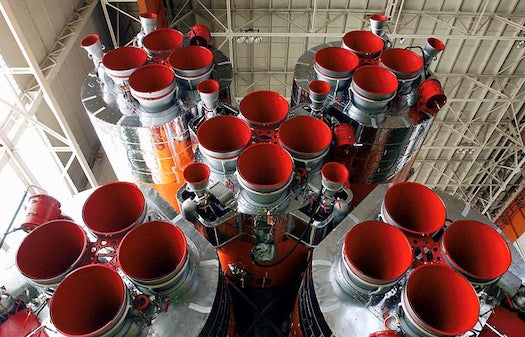 Russian President Vladimir Putin announced plans for a new space initiative today. That includes shelling out more than $50 billion over the next seven years to complete the country’s Vostochny cosmodrome, modernize rockets, and eventually send cosmonauts to the moon and even Mars.

Russia currently launches rockets out of Kazakhstan, but in an announcement, Putin and other leaders laid out a new timeline like this: Launch from Vostochny in 2015, launch a manned mission by 2018, and by 2030 have the ability to take out threats from other countries through space. Also they want to start a permanent moon base… at some point.

Since putting the first man into space 52 years ago (this announcement comes on the anniversary of Yuri Gagarin’s launch), Russia’s rockets haven’t had the most updated tech, and since 2010, multiple launches have failed. Part of the cash for the program will be used to modernize those systems.

Details about the program are still pretty vague; Russian officials mentioned, without elaborating, that they’re moving forward with their plans to create a permanent moon base. No timeline is in place for that, though.

So, yeah, there’s a lot here. We’ll see how much of that happens on time over the next few years–looks like they’ve got the cash.