Invented: A Much Better Way To Predict Airline Delays 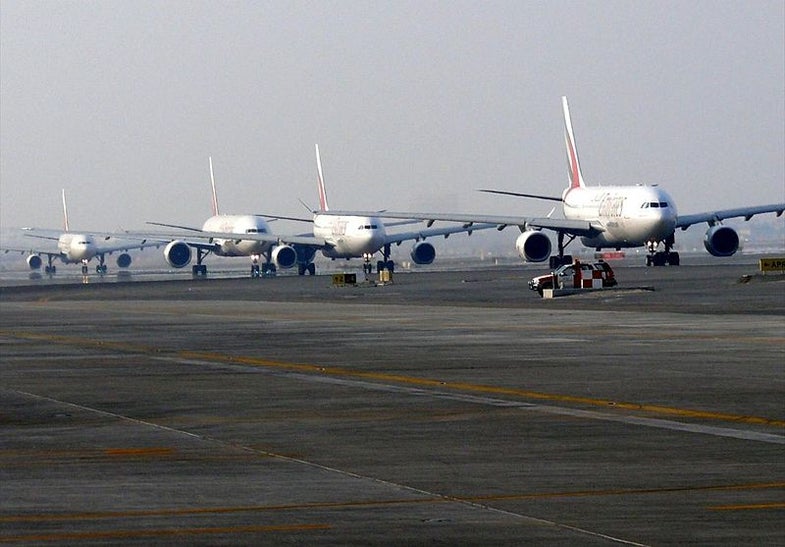 If you consider how many things have to go right for it to work, passenger flight is a seamless experience almost all of the time. Except when it isn’t, and your flight is delayed and you miss your connection. Why does this happen? It’s actually a tough challenge, and airlines hate it almost as much as you do. Missed connections and annoyance cause pollution and frustration, costing airlines (and passengers) plenty of money.

Arrival times are hard to predict because there are tons of variables to consider. Wind speed, weather, air speed and others can all conspire to create dramatic differences in an expected arrival time and when your pilot actually parks at the gate. Even a one-minute reduction in departure delays could save $1.2 million in crew costs and $5 million in fuel, according to airplane engine-maker GE.

To improve these predictions, GE teamed up with Alaska Airlines and the crowdsourcing challenge company Kaggle, asking data nerds to crunch numbers and find an algorithm for predicting arrival times. The winners of the first round of Flight Quest, announced today, used some mathematical models to come up with new prediction methods. Their error rates–just a few minutes’ difference–are a 40 percent improvement over the industry standard, according to GE.

Singapore-based Team Gxav &* used a mixture of gradient boosting and random forest models, according to GE. Their average errors were 4.2 and 3.2 minutes for gate and runway arrivals, respectively. Developers and data scientists from 58 countries submitted more than 3,000 ideas competing for a pool of $600,000–and some of them have hardly set foot on an airplane. You can read more about the winners, and the next round of the competition, here.