In A Future Where Newspapers Still Exist, Let’s Deliver Them By Drone

Delivering mail with quadcopters may be silly, but the concept is being talked about for real. 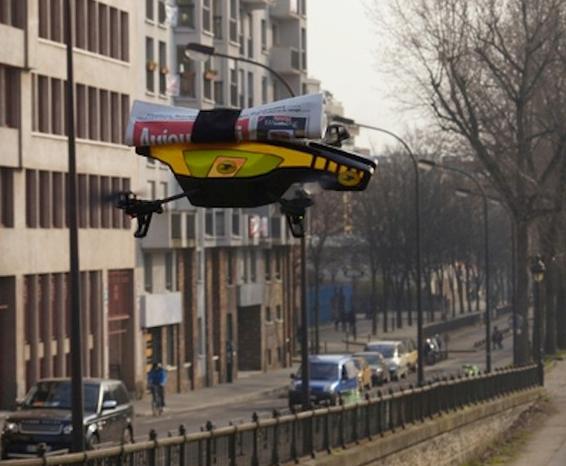 April Fool’s Day sucks, because people on the Internet say things that would be awesome if they were real, and sadly are not. For instance, I would love to be able to search smells. But this idea–which might be real, we aren’t sure–is silly: Delivering the mail with drones that can fly for 20 minutes. I mean, most humans can last longer.

According to a news release today, drones are going postal in France. A pilotless pilot program in Auvergne, in central France, is reportedly working with drone-maker Parrot to use its quadrocopters as newspaper carriers.

La Poste Group has been “engaged for many years in an effort to modernize its delivery,” the agency explains in a blog post. Parrot is making a new drone for this task, according to La Poste.

To start, 20 postal workers will control the special AR.drones with iPhone or Android apps, just like you can if you buy one. They will be stationed at post offices in residential areas, and will deliver the newspapers before 7 a.m., according to La Poste (translated with Google). If the pilot program works out, the postal service might study whether it’s feasible to incorporate even more mail drones.

But there is one problem: These things can fly for, like, 20 minutes on a charge, which takes about an hour to 90 minutes to complete. So it’s not exactly an efficient system.

While tiny single-paper quadcopter carriers are silly, the concept is nothing new, however. In the U.S., FedEx honchos have been vocal proponents of drone-assisted delivery, for instance. And drones could even be used to deliver food!

If there was a drone that could fly more than 150 feet for more than 20 minutes, maybe the U.S. Postal Service would do something similar. Drones don’t care about working on Saturdays, after all. 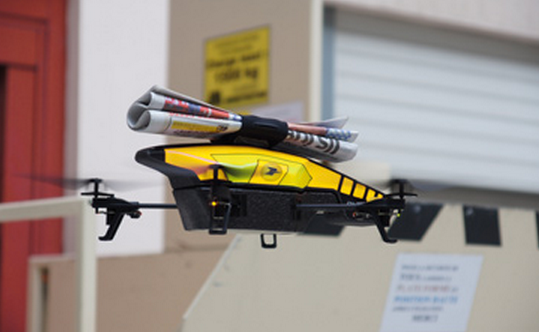