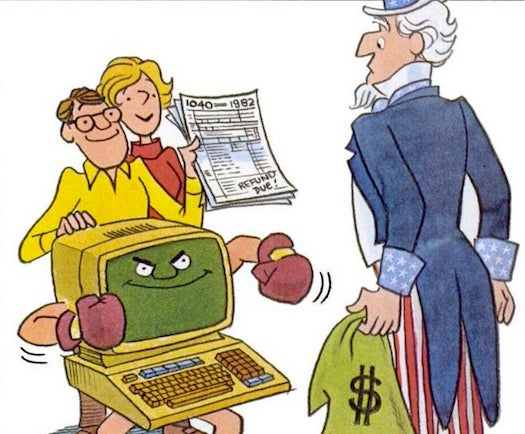 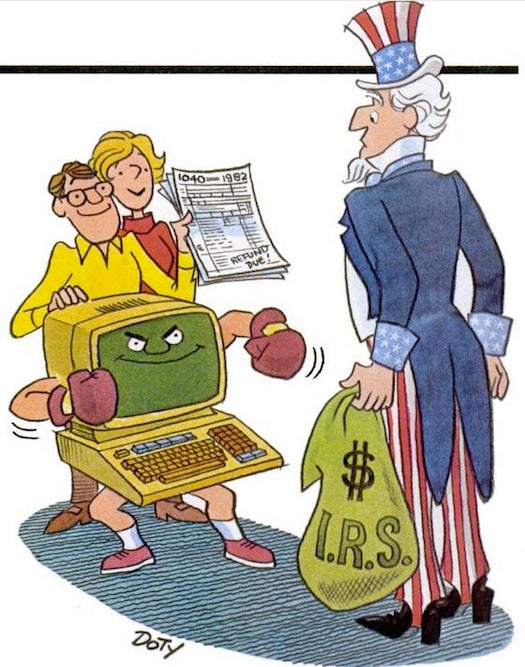 “Computer programs do your income taxes the easy way,” 1983

When Popular Science tested the first computer programs to prepare tax returns in February 1983, we wanted to know two things: Would it be faster than doing it by hand? Would it save us money? (We also enjoyed the idea of a personified computer punching greedy Uncle Sam in the nose.)

Writer Gordon McComb tried out three scenarios. First, McComb asked the computer to recalculate his 1981 tax return. Second, he asked it to determine whether averaging his income would save him money. Finally, he wanted see how well he’d do with both income-averaging and itemized deductions. And then the big gee-whiz happened:

The results were incredible. According to my computer, had I income-averaged, I could have saved $225 last year. The program nearly paid for itself on its first test. And the results, which would have taken me hours, were printed out in minutes. 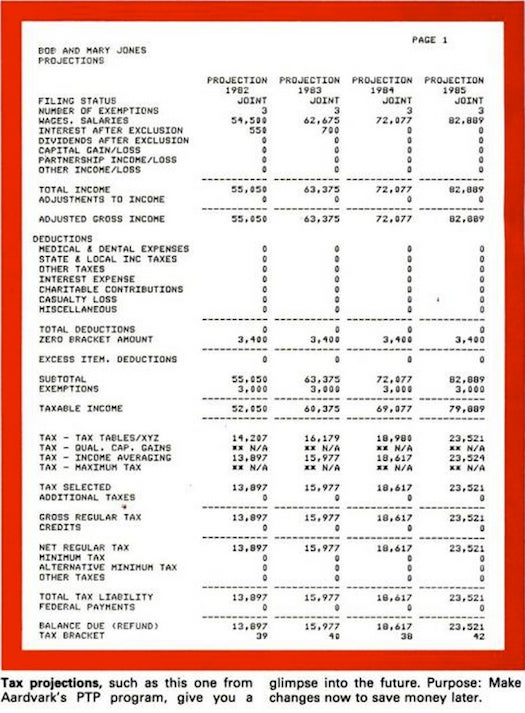 You can read the rest of the story, including not-so-nostalgia-inducing descriptions of Aardvark’s Professional Tax Planner and Datamost’s Tax Beater, in our February 1983 issue.