A Show About 1960s NASA From The Mad Men Team? We Hope The Rumor’s True 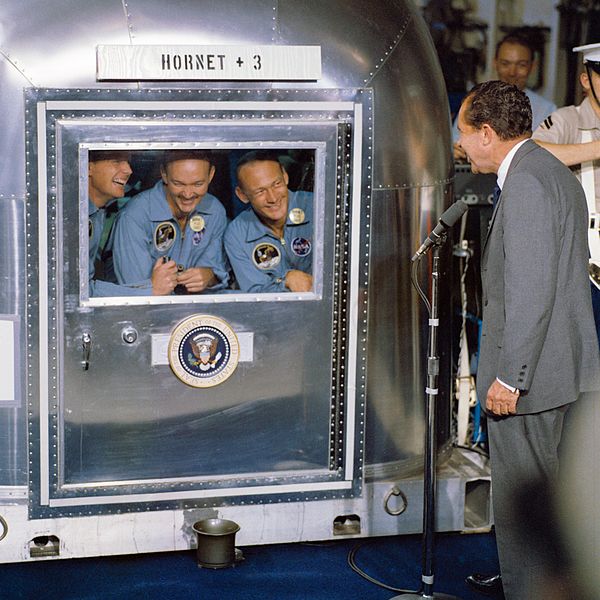 According to Florida Today, some unspecified writers from the show Mad Men are “working on a potential TV series” to be set in Cocoa Beach, Florida. You might not have heard of Cocoa Beach, a town of about 11,000 on a sandbar in the Atlantic, east of Orlando. But it has a few things going for it that might make it a good setting for a show: it’s the home of the East Coast Surfing Hall of Fame, author Zora Neale Hurston lives there, and, um, it’s also where many workers at Cape Canaveral and Kennedy Space Center lived during the 1960s.

And the 1960s is when this theoretical show would take place, amidst the Space Race, technological challenges, political squabbles, social upheaval, fierce media reporting, and skinny ties. It’s very much not confirmed; the Internet Movie Database doesn’t even list any show called “Cocoa Beach,” which Florida Today states is its working title, and I couldn’t find any information on which of Mad Men‘s 18 series-credited writers might be involved.

But it’s a great idea! We’re all into space lately, thanks to the Mars rover and the private space race and charismatic astronauts tweeting gorgeous pictures from the International Space Station. We love the 1960s, or, at least, we do when Mad Men covers it. Florida is easily the most entertaining state in the country, from an impartial observer’s perspective. Why not! Please do it, Mad Men writers who may or may not exist! It would be, as Cocoa Beach Mayor Dave Netterstrom said, “super-cool.”