War waits for no router setup. Functioning internet takes time to set up, which is not a luxury a military... 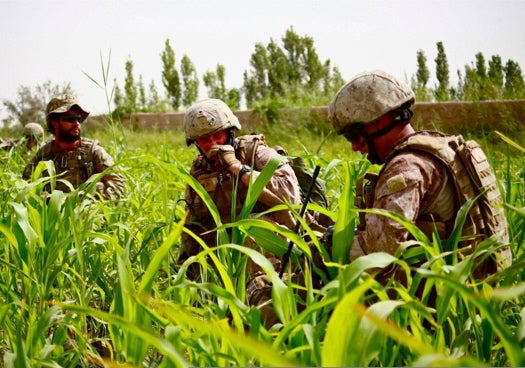 War waits for no router setup. Functioning internet takes time to set up, which is not a luxury a military on the move usually has, and it’s definitely not an option when troops get ambushed. Mobile ad hoc networks (MANET), a system of communication without major infrastructure, provides a way around this. MANETs use nodes to wirelessly route new information between each other, as opposed to sending information through a central router and then having the information sent back on the same fixed channel. For decades the number of nodes (carried variously by troops and vehicles) has been capped at about 50.

DARPA wants to change that, and is looking for new ideas to increase the scale of MANETs. Citing 20 years of failure in adapting internet-based ideas task, DARPA is soliciting research paper abstracts that look elsewhere, and they’re dreaming big. A small, 50 node network is useful, but with more nodes a much larger force could benefit from increased battlefield awareness on a tremendous scale, and could do so as events unfold, rather than waiting for information sent up to headquarters to be sent back down again. If the MANET is good enough and large enough, the military on the move could communicate fine, even if they left the router at home.