Why Is The U.K. Looking To Kids For Cybersecurity Help?

The United Kingdom is worried about not having enough cybersecurity professionals in the near future. To counteract that, a group... 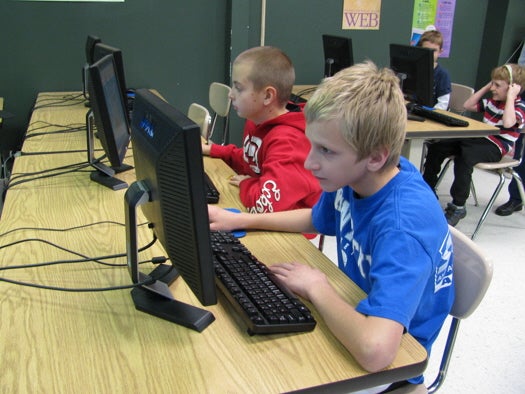 The United Kingdom is worried about not having enough cybersecurity professionals in the near future. To counteract that, a group drawn from business and government is launching a series of cybersecurity challenges aimed at children, with the goal of finding and fostering tomorrow’s cyber geniuses.

Britain was once a world leader in cryptography, the science at the core of cybersecurity. In World War II, mathematician Alan Turing created a code-breaking device that helped the British war effort tremendously by decoding tens of thousands of secret Nazi communications, giving the Allies an edge on intelligence. After the war, he worked on early attempts at computers, until his life met a tragic, premature end.

Today, the United Kingdom has fallen behind in cybersecurity. In part, that’s because it faces a shortage of talented workers. Says the Cyber Challenge’s website:

Whilst the need for a bright, dedicated, and quick-thinking cyber security workforce is growing, the number of skilled candidates is not. Recent statistics from Microsoft suggest that the IT industry will create 78,000 jobs in the UK in the next four years but research from the government body e-Skills confirms a 50% decline in young UK residents entering IT careers during the last five.

The Cyber Challenge wants to change that. By running competitions in 2000 schools, offering prizes, and trying to link newly discovered talent with industry job openings, Cyber Challenge UK hopes to close this gap with native talent and eager, inventive youths.

Here is a BBC segment on the competition: