At the edges of the visible universe, 45 billion light-years away, sit some of the oldest known galaxies. How they... 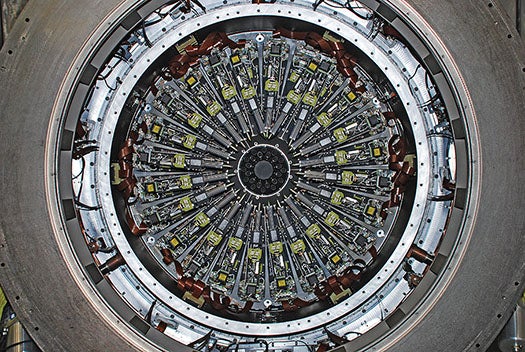 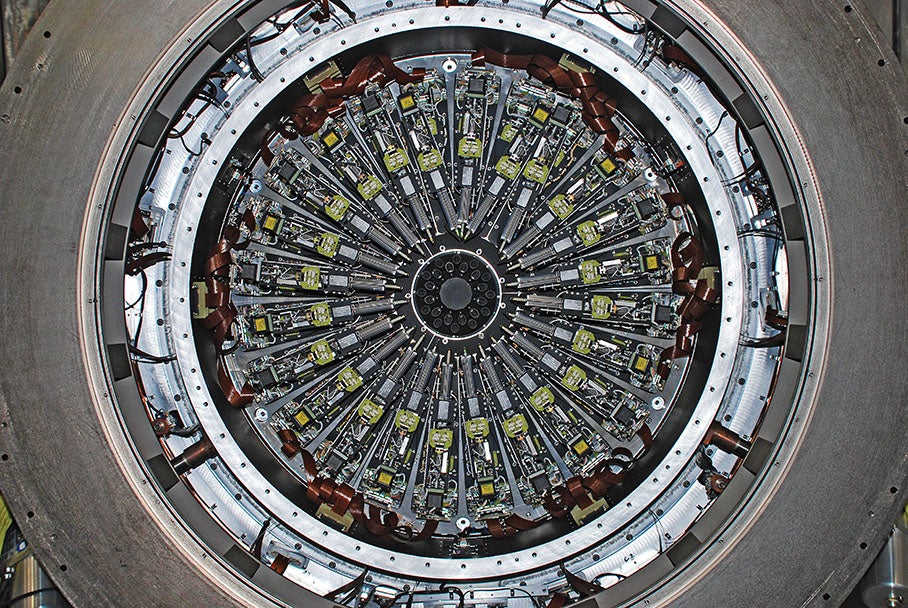 The KMOS spectrograph is shown when it was undergoing tests at the UK Astronomy Technology Centre in Edinburgh, before it was shipped to Chile to become a powerful new instrument on the Very Large Telescope. The 24 robotic arms are visible.

At the edges of the visible universe, 45 billion light-years away, sit some of the oldest known galaxies. How they formed and developed is a mystery, but a spectrograph installed on Chile’s Very Large Telescope—functional since March—should help astronomers find answers. The six-foot-wide, three-ton instrument contains 24 motorized robotic arms. Each eight-inch arm controls a mirror that focuses on a single galaxy. As a result, the telescope can collect infrared readings for 24 galaxies at the same time—data that show what they looked like when the universe was only a fraction of its current age. With the simultaneous observations, astronomers can perform faster and more precise statistical comparisons between galaxies than with isolated viewings.