Amazon.com To Battle Governments Of Brazil And Peru For The .Amazon Domain

Should http://www.home.amazon/ teach you about piranhas, or let you buy bulk toilet paper? 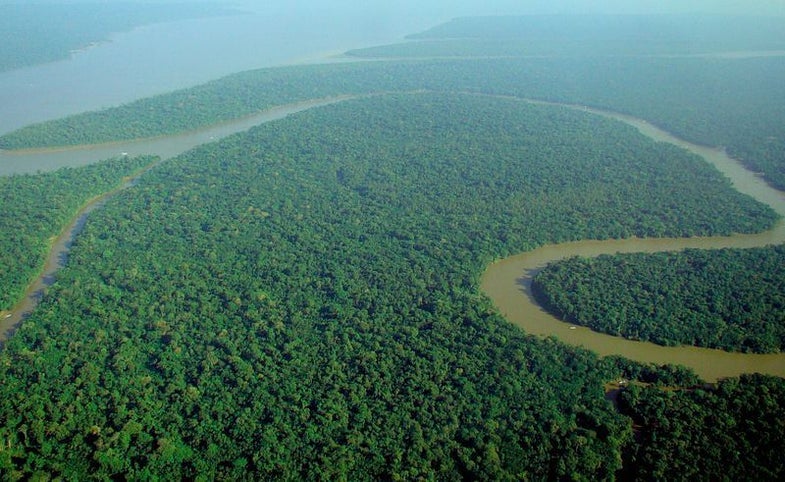 In 2011, ICANN, the organization in charge of the internet’s domain names, decided to open up the field and expand the list of domains from the typical .com, .net, and country codes out to, well, pretty much anything. We knew we’d see some battles over the new domains, but one of the first is an interesting case: .amazon.

Web and content giant Amazon has been making big moves lately, moving into original content with its own version of television pilot season as well as a persistent rumor that the company is working on its own set-top box to compete with Roku, Apple TV, and Xbox. And Amazon has already attempted to get generic domains like .book and .author (which hasn’t sat well with book publishers). So it makes sense that the company would want to lock down its domain future with the .amazon domain; it’d be convenient to go to tv.amazon or store.amazon or kindle.amazon, and Amazon certainly doesn’t want some other company to snap it up and confuse people.

But what if the competition for the domain isn’t a company, but a coalition of governments?

The Peruvian and Brazilian governments have called for Amazon’s application to be rejected, stating that the Amazonian geographic area is a more natural fit for the domain than an American web company. Earlier this month, according to The Guardian, the government advisory committee within ICANN even recommended a freeze on disputed proposals.

Said the Brazilian ministry of science and technology, in a statement: “Allowing private companies to register geographic names as [domain names] to reinforce their brand strategy or to profit from the meaning of these names does not serve, in our view, the public interest.”

A coalition of countries that share the Amazon region, including Bolivia, Colombia, and Venezuela in addition to Brazil and Peru, have signed a petition asking that .amazon be used for environmental or education purposes. ICANN has already asked Amazon to defend the application, and the matter should be decided in July at an ICANN meeting.