Another nail in the coffin for Facebook privacy: An algorithm can accurately predict your demographic info, political preferences, and more, just by looking at your "likes." 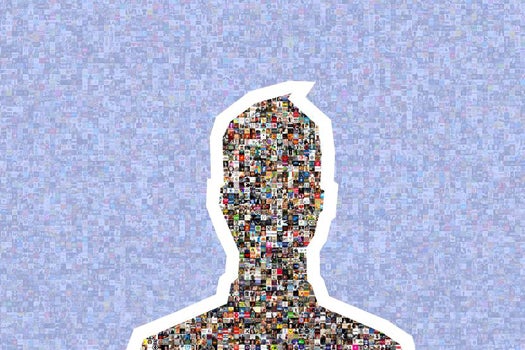 Think of all the pages you’ve “liked” on Facebook. Perhaps a favorite restaurant, a museum, a sports team. Perhaps a favorite magazine. How much do you think those errant clicks — which are linked publicly with your profile no matter how embarrassed you are to be a fan of Justin Bieber — betray about your personal demographics and preferences?

Way more than you want them to, according to a study from the University of Cambridge’s Psychometrics Centre and Microsoft Research Cambridge. In a study published online in PNAS Monday, the researchers say automatic analysis of Facebook Likes can accurately predict a user’s race, age, IQ, sexuality, personality and political views. Though the Facebook app myPersonality, which study author David Stillwell has a financial stake in, the researchers gathered information from more than 58,000 Facebook users.

That a Facebook fans of “Barack Obama” might be Democrats or people who liked the “No H8” campaign were more likely to be gay seems obvious, but other correlations were far less intuitive. “Curly Fries” and “Thunderstorms” seem to be surprisingly linked with a high IQ, while “That Spider is More Scared Than U” happens to draw a non-smoking fan base. Predictors of male heterosexuality include “Being Confused After Waking Up From Naps.” An appreciation of “Hello Kitty” tended to be associated with people who were more open and less emotionally stable.

After creating a statistical model for Facebook likes, the researchers could differentiate between an African-American and white American user with 95 percent accuracy, a Republican from a Democrat with 85 percent accuracy, and guess your relationship status with a 65 percent accuracy. I suppose my online adoration of TSwift, “Crying naked in the bathroom listening to Adele” and “Hot Dog Eating Contests” really does gives me away as a single lady?

Even more obscure information like whether or not your parents separated before you were 21 years old could be culled from your Facebook likes with enough accuracy (60 percent) to prove interesting to advertisers, the authors write:

Although it is known that parental divorce does have longterm effects on young adults’ well-being , it is remarkable that this is detectable through their Facebook Likes. Individuals with parents who separated have a higher probability of liking statements preoccupied with relationships, such as “If I’m with you then I’m with you I don’t want anybody else.”

They could even make guesses as to personality traits like intelligence, emotional stability and openness with a fair degree of accuracy, according to the University of Cambridge’s
press statement:

While such latent traits are far more difficult to gauge, the accuracy of the analysis was striking. Study of the openness trait – the spectrum of those who dislike change to those who welcome it – revealed that observation of Likes alone is roughly as informative as using an individual’s actual personality test score.

“Watch what you like” seems to be the theme here. The researchers warn:

One can imagine situations in which such predictions, even if incorrect, could pose a threat to an individual’s well-being, freedom, or even life. Importantly, given the ever-increasing amount of digital traces people leave behind, it becomes difficult for individuals to control which of their attributes are being revealed. For example, merely avoiding explicitly homosexual content may be insufﬁcient to prevent others from discovering one’s sexual orientation.

On the bright side, liking “Science” is a good predictor for a high IQ. We can only imagine the same goes for PopSci.