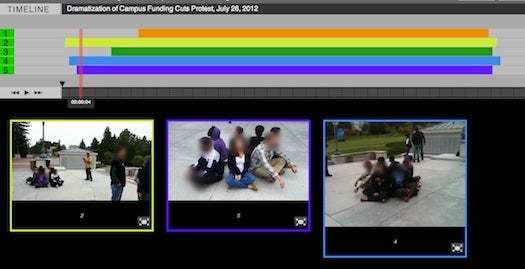 What’s the future of journalism? It’s pretty grim if you ask the writer Nate Thayer or pretty much anyone else working in digital media today. The technological tools that make it possible to post news online, instead of on paper, have gone hand in hand with a crippling depletion of the ad revenue that supports journalism. Publishing platforms are cranking out more and more content, and advertisers are spending fewer and fewer dollars.

There’s a sunnier side to the future of publishing, however. Digital tools, such as increasingly sophisticated computer programs, can make certain kinds of reporting possible that weren’t before. The Knight Prototype Fund funds some of these potential tools, and it announced its latest projects today. Here are some of my favorites:

The Open Gender Tracking Project
The Open Gender Tracking Project seeks to automatically scour news outlets for how many women versus men are quoted in, and write for, an outlet. Remember that crazy study that found that major news sources quote men four to seven times more often than women in stories about abortion? The tracking project’s developers hope their program will help news companies realize the imbalances they have.

The Rashomon Project
The Rashomon Project is making software that lets users pull together pictures and videos people have posted about news events such as protests. The software uses metadata stored in the digital files to arrange everything chronologically. In the end, what you get is a timeline of videos, probably from a lot of different angles and people. It sounds like it could be a great way for journalists and non-journalists to get a fuller view of what actually happened during an event.

Data Toys
It’s hard to tell exactly what they’re doing from their description on the Knight Foundation’s website, but this sounds like it could be pretty fun. Public Radio International and Radiolab are teaming up to make “data toys” for people to play with. The data will show “physical and digital models of complexity in the news,” according to the Knight Foundation’s blog.

Truthteller
And here’s a favorite of mine from a previous round of Knight funding. The Washington Post Company is working on a computer program that listens to political speeches and automatically fact-checks the speech as it occurs. The project is called Truthteller, and I cannot wait for it to start laying down the law on national TV.

Each of these ideas received up to $50,000 in funding over six months, plus they’ll get support for expansion if they work out. Check out the Knight blog for descriptions for the other recent winners. Anything in there that you’d be especially excited to use?