How engineers are putting more stuff into less space. 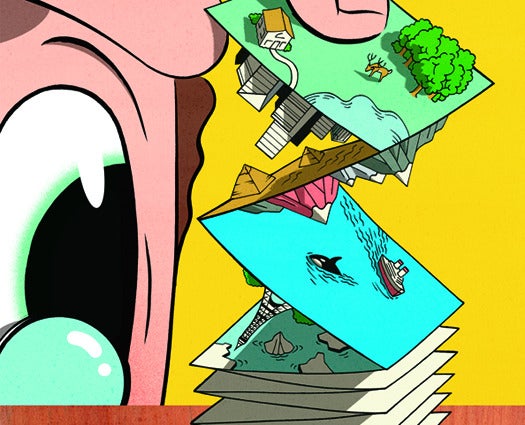 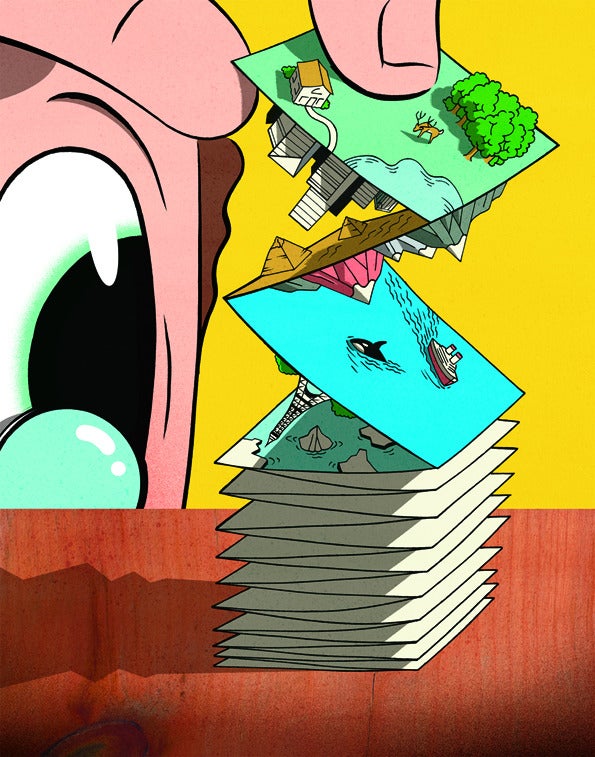 Last summer, researchers at Northwestern University set an unusual record: They created a material with the highest-ever ratio of surface to volume. A teaspoon’s worth could hold the equivalent of eight tightly folded football fields. Such improbable materials could help us store methane far more efficiently, the researchers said, but they also represent the latest advance in the ancient struggle to do more with less. Surfaces are extremely useful, after all. They can hold energy, as in the case of batteries, or convey information or soak up light. But they also take up a lot of space. They can be heavy. Large surfaces, such as giant solar cells, are hard to maneuver. How can we have the best of both worlds? Along at least five dimensions.

An old trick, but still a good one. NASA, for instance, recently hired Bigelow Aerospace to produce an inflatable addition to the International Space Station. If all goes well, astronauts will blow up the prefab unit (small enough to stash in the cargo trunk of a Dragon resupply rocket) into a 13-foot-long, 10.5-foot-diameter space home by 2015.

The latest advance in the ancient struggle to do more with less.

As world-changing innovations go, textiles are right up there with fire. Cloth folds neatly into a bundle and yet quickly expands into warm clothing, elaborate tents, or sails for exploring the world. Then came folio books, which collapsed matters even more efficiently.

Grind flour and its surface area increases, making it more digestible (and more explosive). Researchers at Rice University recently proposed applying somewhat the same principle to making batteries: Crushing a silicon-based anode can give it far greater surface area, the better to soak up lithium ions.

The Rice researchers more recently developed a process whereby they first etched the silicon into a sponge-like structure, then crushed it, increasing its surface area 50-fold.

Chris Har­rison, a Carnegie Mel­lon University doctoral candidate, has been studying ways to increase the input area of ever-shrinking touchscreens. The answer: Use other surfaces. One system involves tapping the skin, another senses the sound of fingers lightly scratching on tabletops, but each arrives at the ultimate ratio: all surface to no volume.