Students Create Man-Sized Autonomous Robotic Jellyfish, This Is The Beginning Of The End 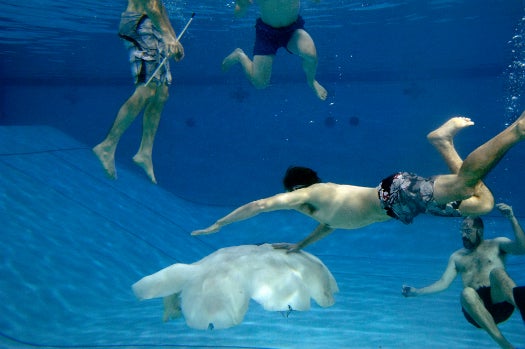 Students and researchers at Virginia Tech College of Engineering have created a human-sized autonomous robotic jellyfish, to better study the locomotion of the unusual real-life animal that was its inspiration. 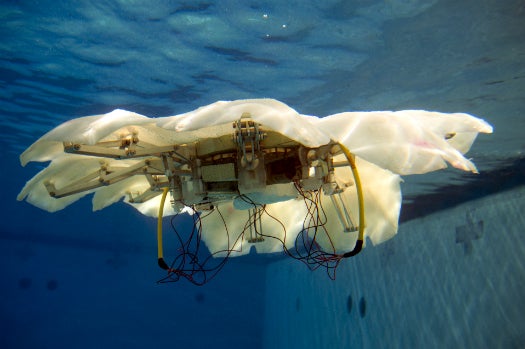 It’s based on the lion’s mane jellyfish, the world’s largest known species of jellyfish, which can reach Shaquille O’Neal-like sizes in its northern oceanic habitats. The students hope to learn more about how the jellyfish moves–and why it’s so big. Results have already shown that the larger jellyfish has a greater efficiency than a smaller one–it uses less energy to travel the same distance.

This particular robot is powered by a rechargeable nickel metal hydride battery, and will be tasked with operating on its own for weeks at a time. That’s a big change from this team’s previous robotic jelly, which we covered here. This one moves by a series of eight metal arms, which pulse in and out in a fashion reminiscent of the real-life jellyfish. 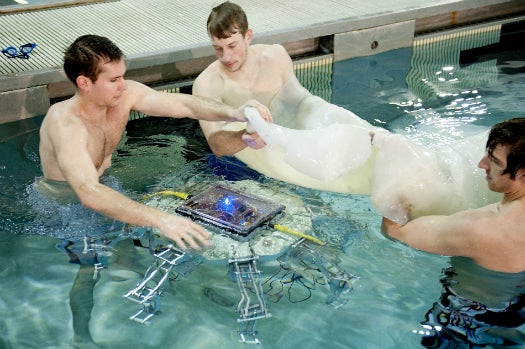 Robotic Jellyfish, In Pool With Researchers

The “body,” such as it is, is a large, squooshy cap of silicon, more than 5.5 feet in diameter. This is very similar to the actual body of the lion’s mane jellyfish, and, as you can see in the video above, it moves in a realistic way as well. 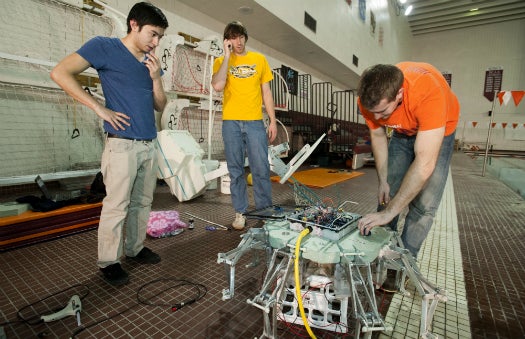 Robotic Jellyfish, Out of the Pool