Welcome to round three of the world’s nerdiest bracket! To recap: we’ve compiled a list of some of the strongest,... 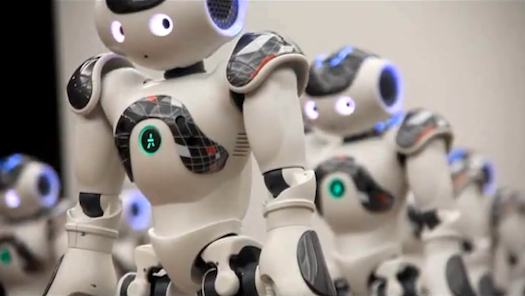 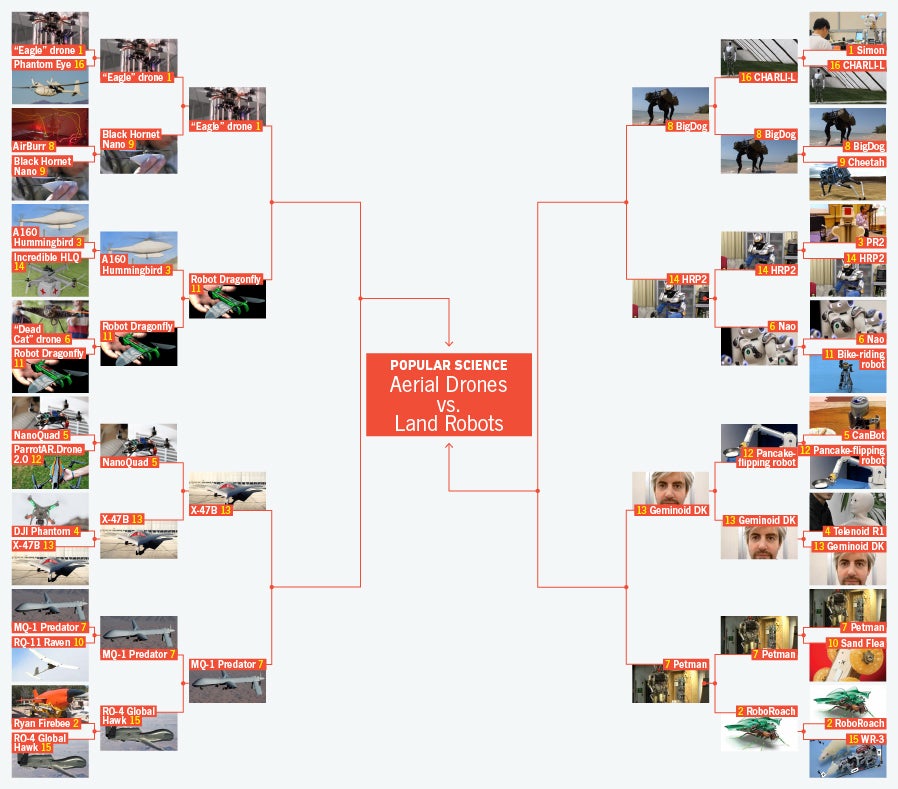 Land robots vs. flying drones, round 3

Welcome to round three of the world’s nerdiest bracket! To recap: we’ve compiled a list of some of the strongest, fastest, and strangest landbots and sky drones around. Your job: vote for your favorites.

Round two got pretty heated, with a neck and neck race between CHARLI-L, America’s first true humanoid robot, and BigDog, DARPA’s galumphing pack-mule robot. BigDog ultimately triumphed, as did the eerily realistic android Geminoid DK over a robotic arm that can learn to flip pancakes (really, guys?). Now we’ve got eight contenders left. If you need a quick guide to what’s what, go here.

Polls close Tuesday, March 26, at 9 a.m. Check back later that day for the winners and the next round’s matchups. We’ll keep doing this until we’ve determined the greatest land robot/flying drone in all the internet. Only vote once per poll in each matchup, please. And play nice in the comments. Or don’t.